DESCRIPTIONSCREENSHOTSSYSTEM REQUIREMENTSTRAILER.NFO
About This Game
KOF XIV is the newest entry in the acclaimed THE KING OF FIGHTERS series of fighting games. Lead by veteran creator and FATAL FURY creator Yasuyuki Oda, KOF XIV takes the iconic gameplay that the series is known for while implementing new 3D visuals, a first for a mainline entry in the series! Featuring a robust roster of 50 characters in the base game along with 4 DLC characters, including both returning fan favorites and new characters, this entry is perfect for veterans and newcomers alike!

GAME FEATURES:
・54 Fighters: One of the largest character rosters ever in the KOF Series!
In addition to the original roster of 50 characters, 4 DLC characters join the fight! Iconic characters as well as new challengers duke it out in KOF XIV STEAM EDITION for epic battles.
・New Chapter: A brand New Kof Saga!
The KOF Series’ storyline has been continuing over the OROCHI, NESTS, and ASH sagas. KOF’s rich story has NOT finished, and returns in a brand new exciting story arc with KOF XIV STEAM EDITION.
・3-on-3: KOF’s traditional game system is back!
Select your favorite 3 fighters from the game’s robust character roster, and fight to victory via KOF’s traditional “3-on-3 TEAM BATTLE” game system.
・A Plethora Of Game Modes
KOF XIV STEAM EDITION features a large variety of game modes such as STORY MODE, VS MODE, and a GALLERY MODE for the best KOF experience ever.
・PARTY BATTLE: A new fighting game experience
Duke it out with as many as six people (three players on each team) in VS Online “PARTY BATTLE”! Feel the heat of an authentic fighting game tournament experience.
・RUSH: A new feature aimed at easing beginners into the battle system
The newly introduced “RUSH” feature allows even novice players to perform combos by pressing Light Punch repeatedly.
・Climax Cancel: Ultimate Combos!
The combo system has evolved in KOF XIV, allowing players to execute a CLIMAX SUPER SPECIAL MOVE from a SUPER SPECIAL MOVE in the same combo for astonishing damage. 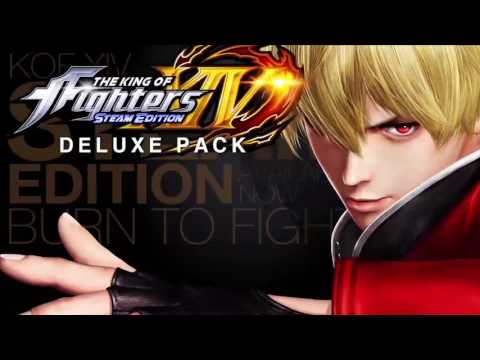