DESCRIPTIONSCREENSHOTSSYSTEM REQUIREMENTSTRAILER.NFO
About This Game
Banner Saga 3 is the epic conclusion to a sweeping viking saga six years in the making. This strategic RPG, acclaimed for its strong story and compelling characters has won over 20 awards and been nominated for 4 BAFTA awards.

As the world crumbles around you, how will you survive when the Darkness draws near, and who will you trust with the fate of the world?

FEATURES
A cast of powerful characters – In the final chapter of the Banner Saga, guide more than 40 heroes to survive against the toughest odds yet, many old and familiar faces, and some new allies you’ve never met before, including powerful menders and, for the first time, playable dredge. Just remember that nobody is safe.

Decisions matter – Determine the fate of your travel-weary allies with a multitude of outcomes truly tailored to the decisions you make- not just here, but carried over from previous games in the trilogy as well. Nothing is unimportant. Nothing is forgotten.

Finely-tuned tactical combat – in a series known for innovative combat, this chapter delivers more unique and custom battles than ever before, from disturbing new warped enemies and multi-wave combat to unique and powerful heroic titles for allies that can turn the tide of battle.

A timeless art style – the gorgeous landscapes and animation of the Banner Saga are at their best in Banner Saga 3. Explore unimaginable vistas warped in strange and beautiful ways by the Darkness, and more fully-animated story moments than both the previous games combined.

An epic soundtrack – composed by Grammy-nominated composer Austin Wintory, this final full-length score, recorded by a live orchestra, concludes the trilogy on a high note.

Play it again – experience the trilogy as it was meant to played. Import your saves from one game to the next and discover a wealth of new an unexpected outcomes from decisions both large and small.
THE END HAS COME

As the Darkness covers the land, the end has truly come. Now it is up to you and the survivors who have travelled so far from home. The Banner Saga 3 brings closure as all is finally revealed in the definitive conclusion to the award-winning Banner Saga trilogy.

Rally your allies, steel your resolve and push into the wind! 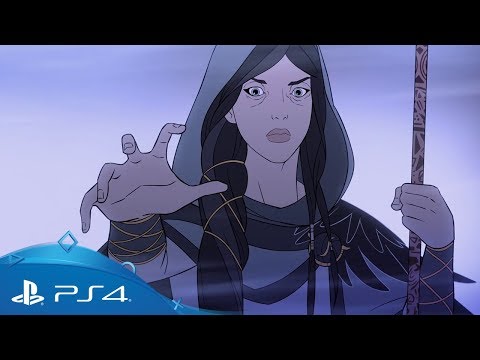 The Banner Saga 3 (c) Versus Evil

Banner Saga 3 is the final dramatic chapter in the mature, story
driven Viking RPG series which has won over 20 awards and has been
nominated for 4 BAFTA awards. As the world continues to crumble
around you, who can you trust, how will you protect your allies and
what choices will you make as the Darkness draws near? Witness the
Banner Saga as youve never seen it before as a dark force takes
over and effects everything youve come to know in the beautifully
hand-painted finale of the trilogy.