Descend into a brutal tournament where factions of sinister knights and grotesque beasts battle for domination in bloody arena matches and furious melee brawls. Crush opponents with hammers and shields, rend flesh with razor sharp claws and slice off heads with swords and axes.

In Rooks Keep, players will maim their competitors in both a selection of deathmatch-arena game-modes such as ‘Deathmatch’, ‘Team-Deathmatch’, ‘Conversion’, ‘Chess’, ‘Last-Man-Standing’ and ‘Combat Chess’. Play solo, jump into multiplayer matches, or add AI opponents to squash under-foot in both single and multiplayer. We even support 3rd party Chess engines.

The game is set in a uniquely styled fantasy world, where factions battle ceaselessly for your entertainment.
Key Features

* Arena gameplay
Players will enter into a variety of game-modes, such as Deathmatch, Last-Man-Standing and Conversion(kill enemies to convert them to your team), and battle across a variety of maps with many available options and mutators.

* Chess
Players can play in both Classic Chess and the unusual Combat Chess mode, where players have the opportunity to fight to retain their place on the board if attacked.

* Unreal & mod support
Built on the Unreal® Development Kit™, Rooks Keep offers extensive mod support. Players will be able to use the included UnrealEd tool to build their own maps and mods. 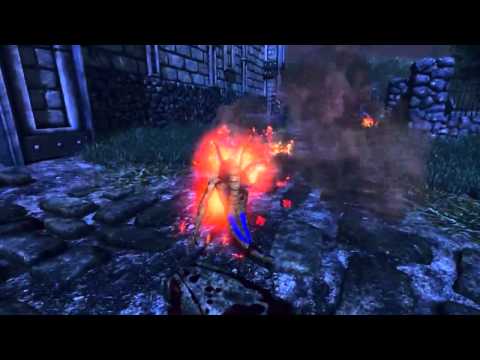 Description:
Rooks Keep is an arena-based, melee combat game. A variety of game-modes, characters, maps and mutators are available. It also has Chess modes, mod support and decapitation!