DESCRIPTIONSCREENSHOTSSYSTEM REQUIREMENTSTRAILER.NFO
About This Game
Ready to Get Your Heart Racing?

Gamescom 2019’s ‘Best Racing Game’, GRID marks the return of a storied racing franchise back to its roots. A brand-new game inspired by the original, ground-breaking Race Driver GRID in 2008.

Nemesis: Over 400 unique AI personalities create unpredictable racing around every corner, each race alive with overtakes, mistakes and highlight-reel moments. Aggravate an opponent too much and they’ll become your Nemesis, their personality instantly changing to make sure they reach the chequered flag before you – by any means necessary.

For Everyone: Accessible yet challenging, GRID is designed to cater for all types of racers. Codemasters’ patented attention to detail on handling and car design are matched with a responsive driving model and changeable assists to allow rookie drivers a place in the paddock, and hardcore racers to create the challenge they want.

#LikeNoOther: A hand-picked selection of incredible cars spanning five decades – from classic tourers, to official modern IMSA and WEC machines, to JDM superstars, to American muscle heroes. Conquer over 80 routes across the globe – from the race-ready Sepang and Indianapolis, to stunning fictional street circuits on Havana and San Francisco.

Multiplayer: Jump into the action in seconds in Quick Match, where our curated selection of superb race events and competitive lobbies await you. Or, head to Private Match, and get the keys to GRID’s vast event creation options. Create multi-race championships, switch up the weather conditions, add a Qualifying session, create races up to 99 laps long, and so much more. Between any Multiplayer event, enjoy Skirmish: our no-rules figure-of-eight circuit where things get… destructive.

FERNANDO ALONSO – RACE CONSULTANT FOR GRID
Codemasters is delighted to welcome Formula OneTM World Champion and 24 Heures de Le Mans winner Fernando Alonso onto the team as a Race Consultant for the brand new GRID game. In GRID, you’ll also be able to race against Alonso and his official driving team, FA Racing, including a dramatic Showdown race against Alonso and various races where you’ll line up against the Spanish superstar.

As a motorsport legend and a proven champion across multiple racing disciplines, Alonso is a perfect fit for GRID, which challenges you to master multiple racing categories in a wide variety of cars. As a Race Consultant, Fernando is working with all areas of the GRID team to ensure every race is as thrilling as his real-world racing experiences; from the handling setup, to gameplay, to the stories and drama that come with each event.

It’s fantastic to have Fernando Alonso onboard for GRID – a global icon with the same passion for racing as us. 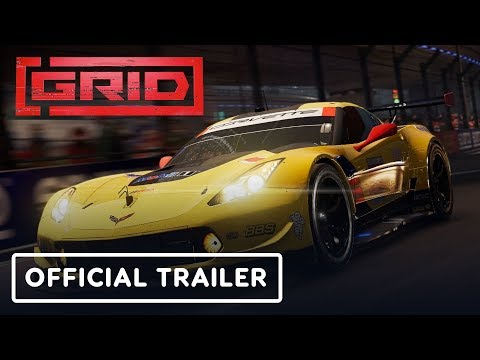 Following on from the Hot Hatchbacks and Track Day Supercars, we\’re
kicking into overdrive with six dream drives, multiple
customisation additions, nine new achievements/trophies, a new
circuit, and massive credit reward boosts for Freeplay and
Multiplayer modes. There\’s only one word suited to describe the new
cars available in the Track Day Hypercars pack – Fast. Included in
Season 3 are the Ferrari FXX-K Evo, the Koenigsegg Agera RS, the
Koenigsegg Jesko, and the iconic Bugatti Veyron 16.4 Super Sport.
The Bugatti Veyron 16.4 Super Sport will be available as a loan car
for all GRID players in Multiplayer. Additionally, Season 3 brings
with it two bonus cars, available for those with any version of
GRID. The Honda NSX-GT and the NISSAN GT-R Racing Car (GT500 Spec)
can be purchased with in-game currency to race in Multiplayer and
Freeplay modes. As with the previous Seasons, Season 3 brings with
it another new track. Loved by drivers and fans alike with its
snaking corners and old-school aesthetic, players will be heading
to Japan to get to grips with the Suzuka Circuit. Regardless of the
six routes they choose, each of the nine weather and time of day
conditions will be at the disposal of all GRID players.