DESCRIPTIONSCREENSHOTSSYSTEM REQUIREMENTSTRAILER.NFO
About This Game
When the Earth falls to an extra-terrestrial invasion, humanity becomes an endangered species. Earthfall is a four-player cooperative shooter that challenges players to survive hordes of ruthless alien drones and their inscrutable masters.

Traverse the Pacific Northwest with friends or AI teammates in a desperate guerilla war against an invading extraterrestrial force. Fight against the ever-changing horde and save what’s left of humanity.

– Hardcore Co-op — Drop in, drop out, and engage in classic four-player co-operative gunplay inspired by the greatest co-op games of our time.

– Death from Above — Fight the horde, a procedurally generated alien menace that makes every gameplay session tense, exciting, fresh, and utterly lethal. 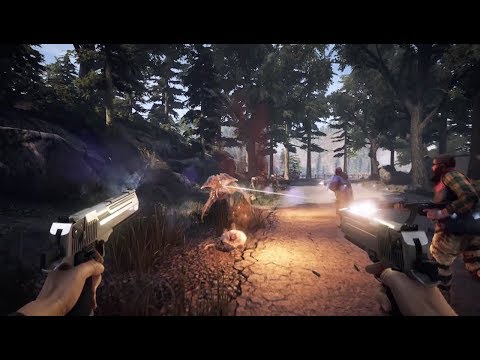 When the world ends, the fight begins! In co-op shooter Earthfall,
gather your friends, load your weapons and grab your portable
defenses and work together as a team to battle through swarms of
ferocious aliens. Complete objectives, fortify and defend holdouts
and use 3D printers to create more weapons, barricades and turrets
to get the job done by slaughtering the alien scum through 10 epic
levels full of brutal combat and rich lore.

Thief of Thieves: Season One