WELCOME TO THE NEXT
NBA 2K has evolved into much more than a basketball simulation. 2K continues to redefine what’s possible in sports gaming with NBA 2K20, featuring best in class graphics & gameplay, ground breaking game modes, and unparalleled player control and customization. Plus, with its immersive open-world Neighborhood, NBA 2K20 is a platform for gamers and ballers to come together and create what’s next in basketball culture.

BEST IN CLASS GAMEPLAY
Take your skills to the next level with the most realistic player control ever, featuring an upgraded motion engine with signature styles, advanced shooting controls, a new dribble size-up system, refined off-ball collisions, and a new read & react defensive game.

MyCAREER
Up-and-coming visionary Sheldon Candis directs the most visually stunning MyCAREER cinematic experience to date. A star-studded cast including Idris Elba, Rosario Dawson, and NBA all-stars past and present bring the journey to life in a completely new and immersive way.

THE NEXT NEIGHBORHOOD
Experience a more vibrant, active Neighborhood. Access even more 2K Compete Events, unlock animations with the new Show-Off Stick, play a round on the 9 hole Disc Golf course, and earn more exclusive gear than ever before.

BRING YOUR GAME & REP UP
The Park remains the center stage where players hone their skills and battle to be the best. And with the return of Park Rep, everyone will know who’s legit and who needs a seat on the bench. Unlock exclusive items as you rep up, and use them on any of your MyPLAYER builds! Tons of new prizes available with the new and improved Rep system.

MyPLAYER BUILDER
More control than ever before. The new MyPLAYER Builder allows you to make decisions on every aspect of your MyPLAYER’s potential, including choosing your own Takeover. With over 100 archetypes and 50 new badges, the combinations are nearly endless.

WELCOME TO THE WNBA
For the first time, all 12 WNBA teams and over 140 players are in the game and ready to run in Play Now and Season modes. Complete with gameplay animations, play styles, and visuals built exclusively for the women’s game.

MyTEAM
NBA 2K’s fantasy card collector. Master MyTEAM with daily goals, card-leveling, a reimagined Triple Threat, limited-time events, and even more prizes. Enjoy a simplified user experience that both veterans and rookies will appreciate, and stay connected to the community with Locker Codes, Leaderboards, Developer Tips, Team of the Week, and more.

DYNAMIC SOUNDTRACK
In collaboration with Steve Stoute and United Masters, this year’s soundtrack features a diverse array of top songs from both well-known and up-and-coming artists from across the globe.

LEGENDARY TEAMS
Play with over 10 new legendary teams from the past, including the 2009-10 Portland Trail Blazers, 2015-16 Cleveland Cavaliers, 2013-14 San Antonio Spurs, 2002-03 Phoenix Suns, and All-Decade teams from every era of NBA history. Over 100 total legendary teams to choose from.

NEXT LEVEL PRESENTATION
Dynamic, broadcast-quality gameplay presentation featuring the deepest roster of talent in sports videogame history, led by Kevin Harlan, Ernie Johnson, and many more. It’s an audio experience unlike any other, with over 60,000 new lines of dialogue, all-new studio shows and game intros, MyPLAYER interviews, records and milestone coverage, and over 2,000 arena specific crowd reactions and sounds.

MyGM/MyLEAGUE
Think you can build the next dynasty? Take full control of a franchise and develop a champion from the ground up. Featuring new skill trees, a revamped relationship system, simulator customization, revised scouting, and more. 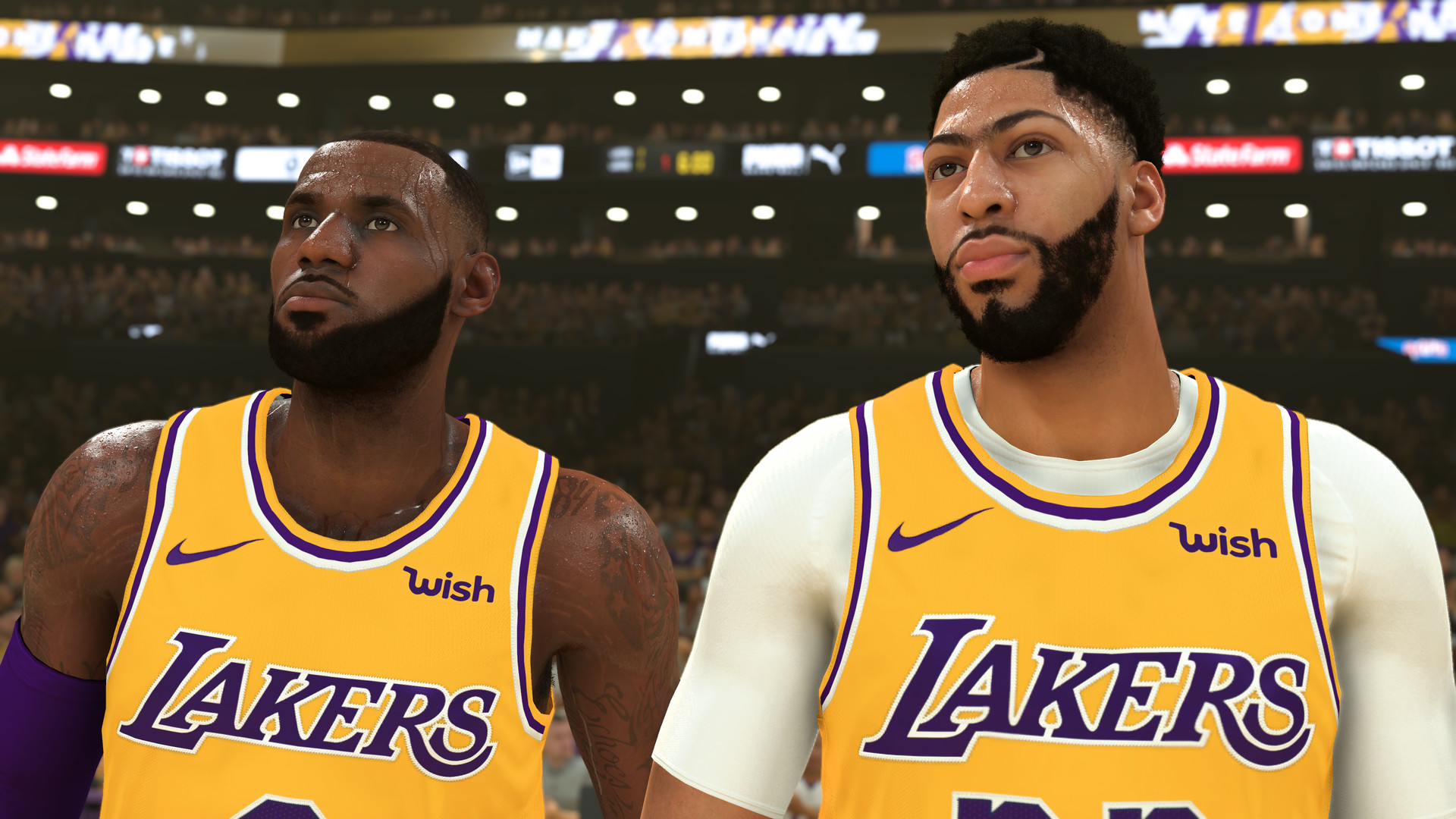 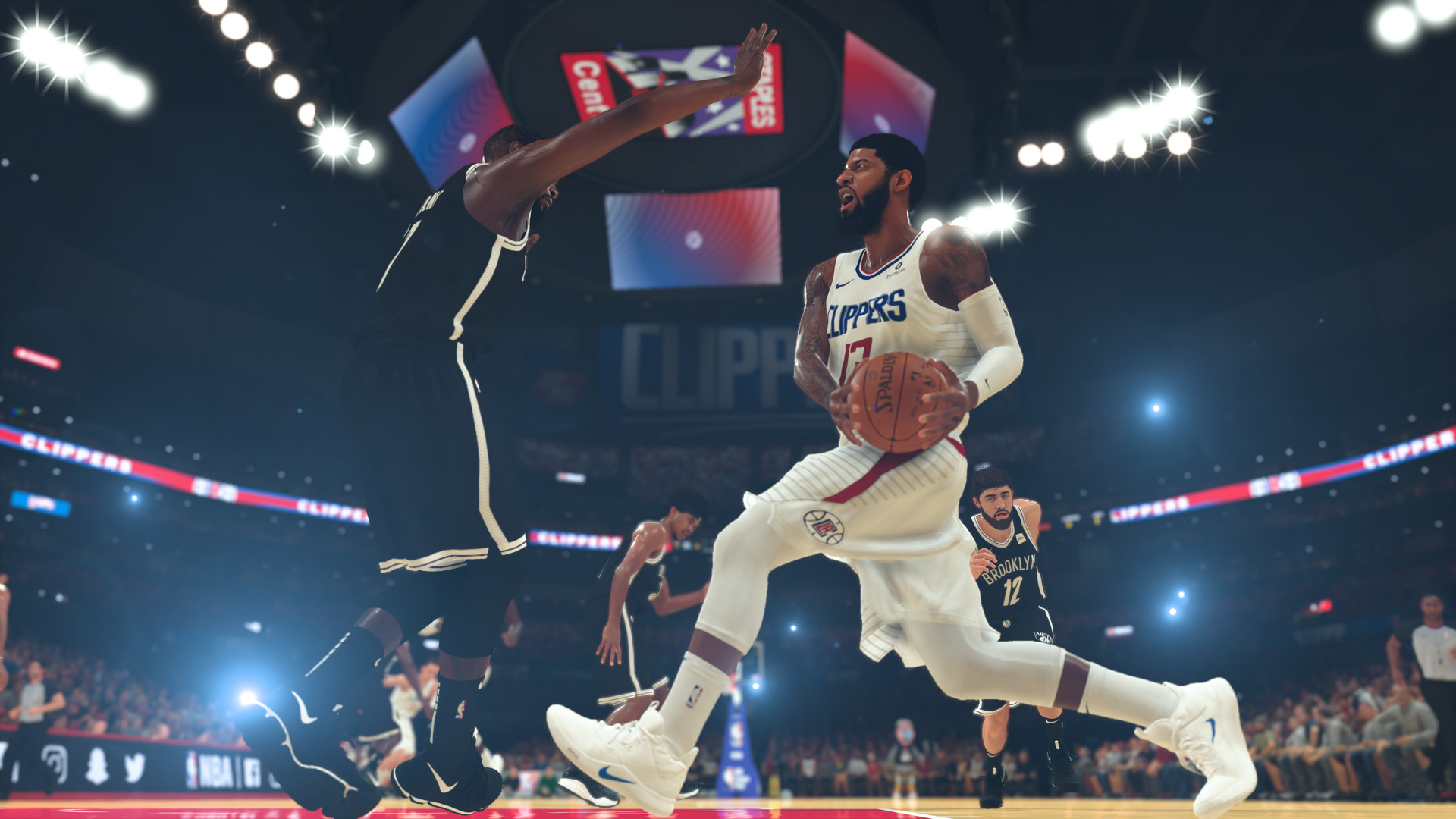 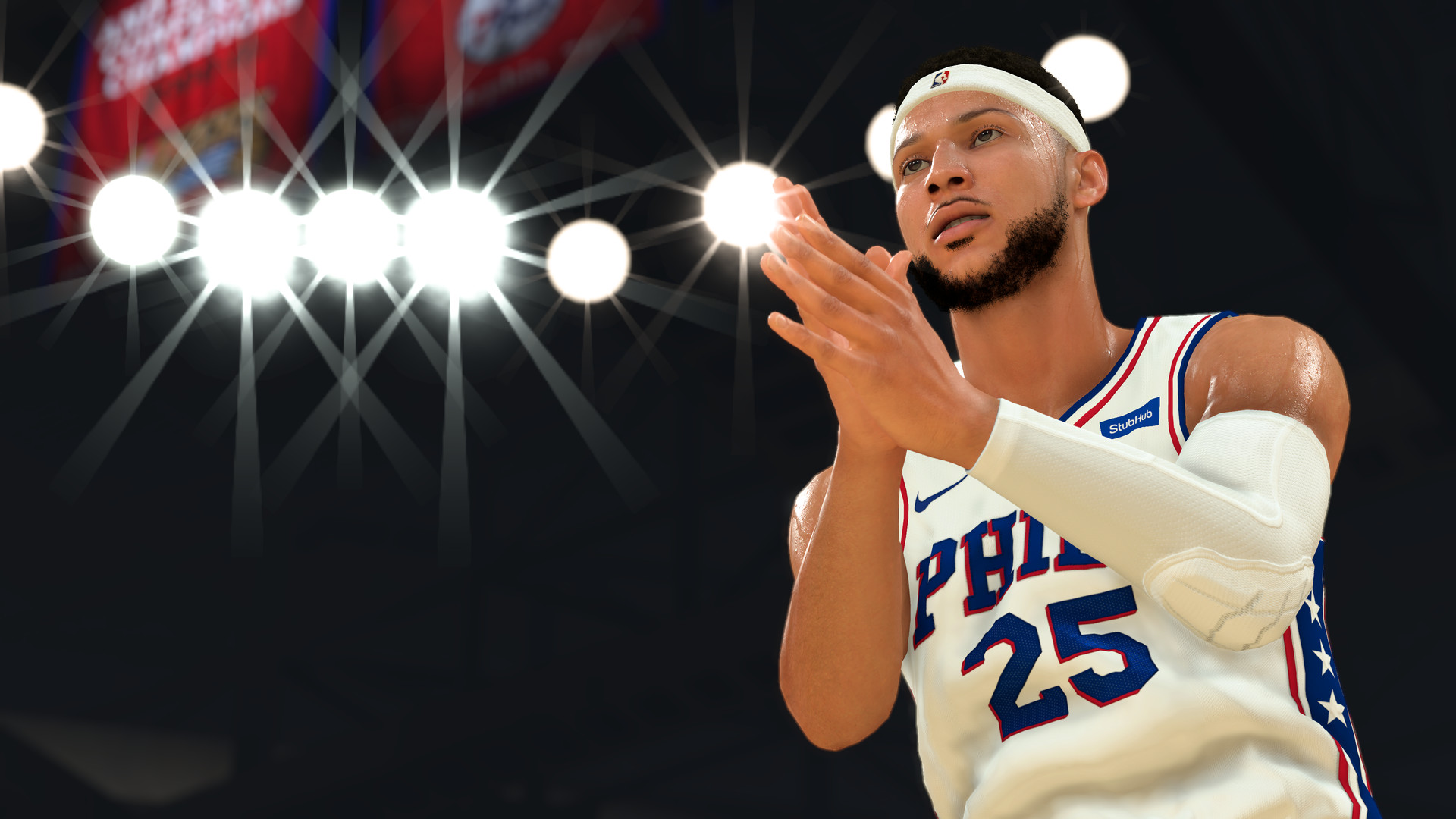 NBA 2K has evolved into much more than a basketball simulation. 2K
continues to redefine whats possible in sports gaming with NBA
2K20, featuring best in class graphics & gameplay, ground breaking
game modes, and unparalleled player control and customization.
Plus, with its immersive open-world Neighborhood, NBA 2K20 is a
platform for gamers and ballers to come together and create whats
next in basketball culture.