About This Game
Welcome to “Beehive State” Utah. Visit the great Salt Lake City, tourist-favorite Moab or historic St. George cities and see how rich the local architecture and lifestyle are. Venture into crude-oil digging sites in remote areas away from the urban noise and enjoy the challenges hauling crude oil has to offer!

A completely new approach to creation of rock and other natural formations. Our tool and asset library has been vastly improved in this regard and offers best-to-date representation of real references. Expansion of existing industries via new company docks or cargoes. You can look forward to visiting agricultural stores, improved car dealers, a new feed mill, heavy machinery service or a set of new warehouses!

Utah is the 13th-largest state in the U.S and is home to over 3 million residents. The state is a center of transportation, education, information technology, mining, and a major tourist destination for its many famous and beautiful National Parks. 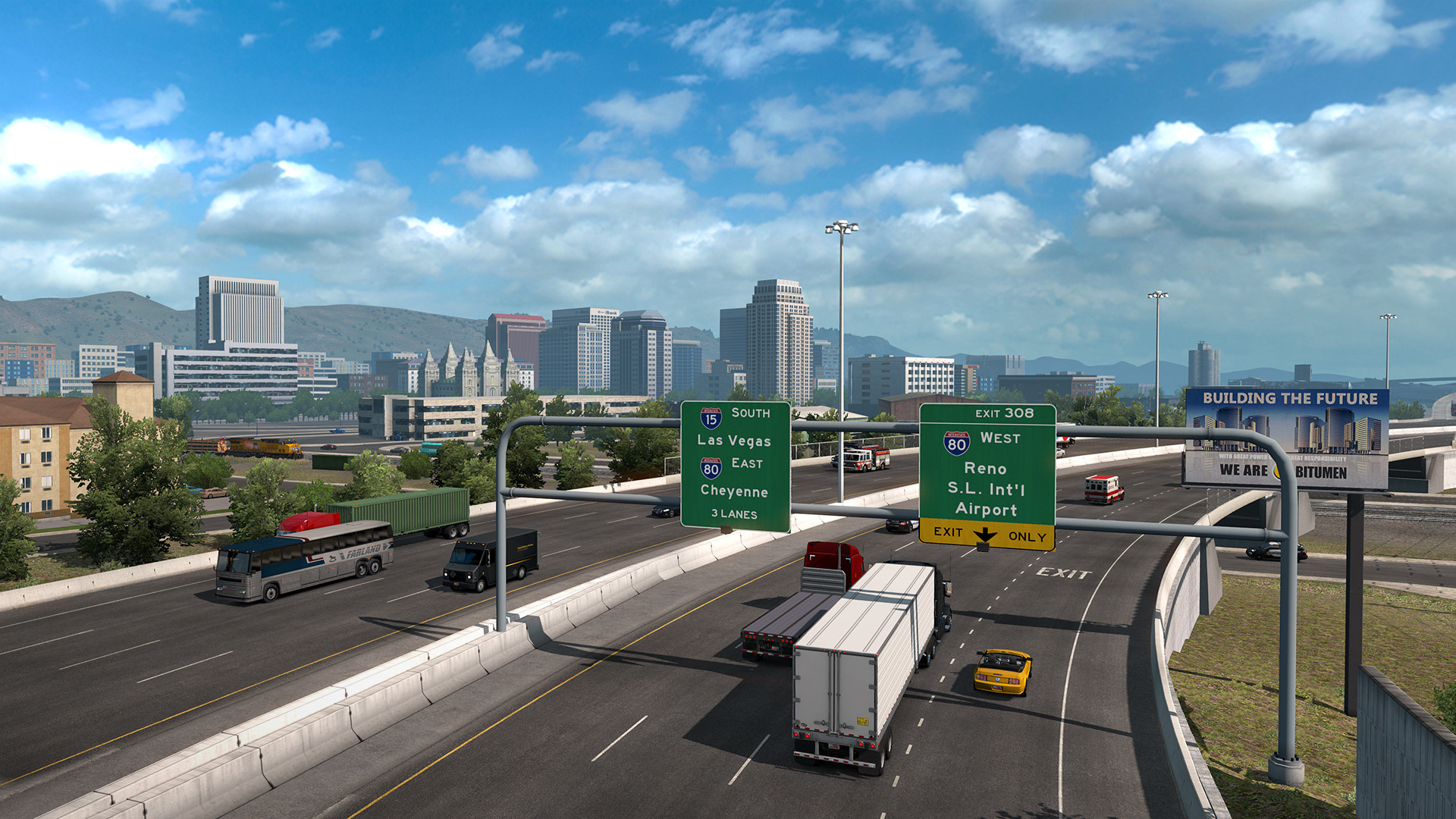 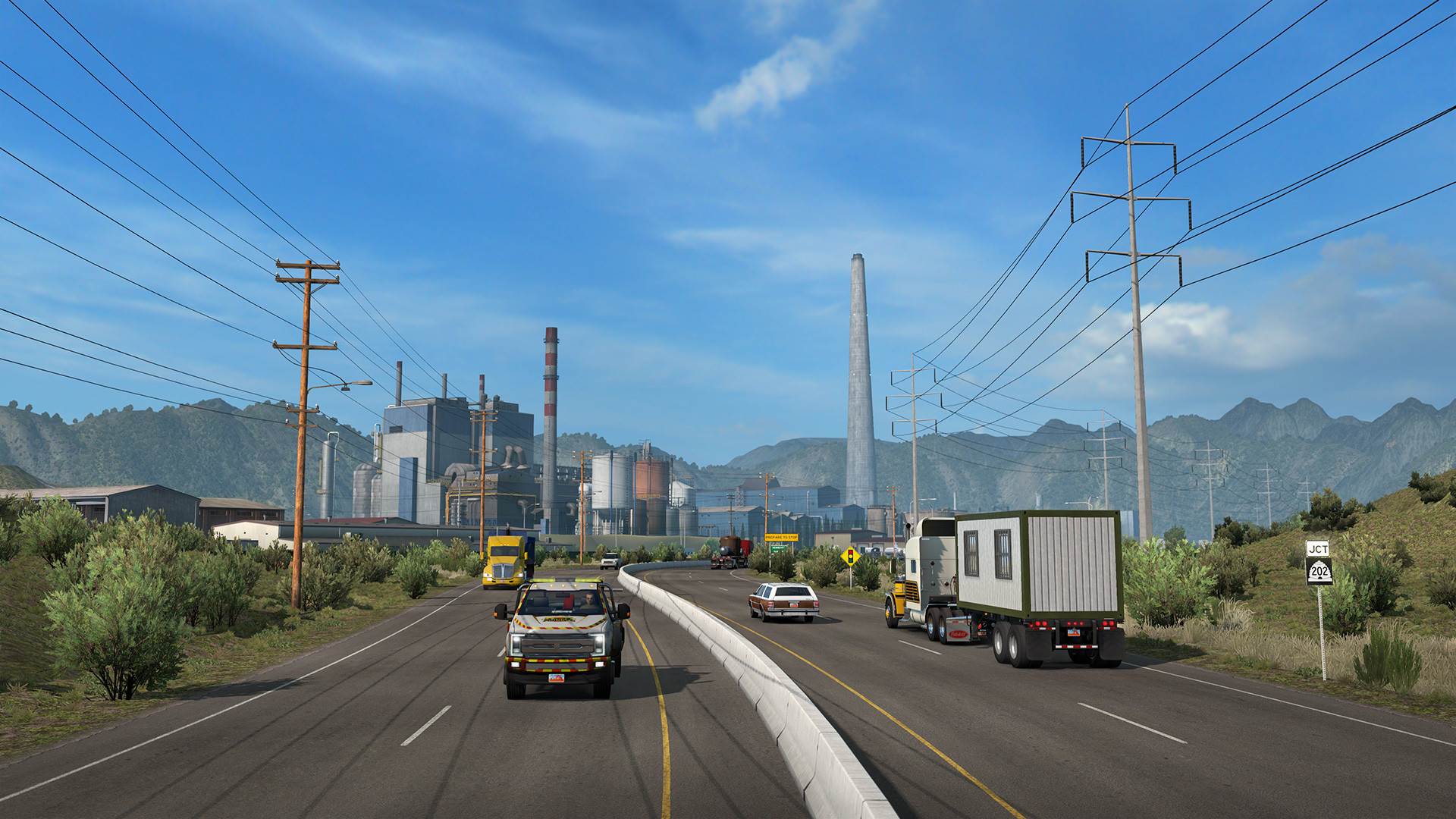 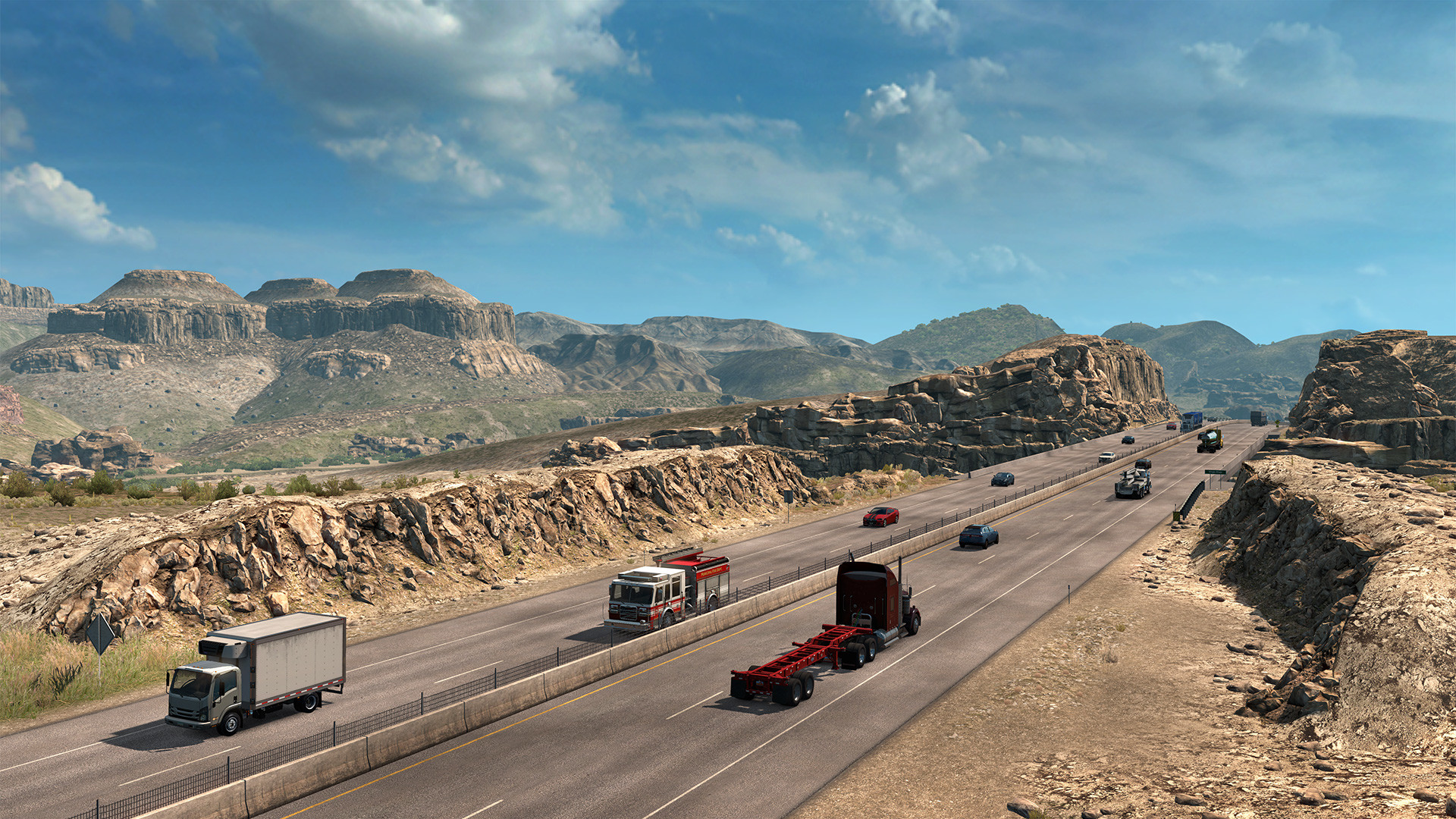 Experience legendary American trucks and deliver various cargoes
across sunny California, sandy Nevada, and the Grand Canyon State
of Arizona. American Truck Simulator takes you on a journey through
the breathtaking landscapes and widely recognized landmarks around
the States. Game mechanics are based on the highly successful
model from Euro Truck Simulator 2 and have been expanded with new
features, creating the most captivating game experience from SCS
Software.

NOTES: With the release of the v1.37 update many game files changed
so we decided to make a new standalone.

The following DLC are included: