THREE BASIC BATTLE ACTIONS
Basic actions include “Normal Attack”, “Guard” and “Break Attack”. These actions operate against one another much like in a game of Rock, Paper and Scissors.

Normal Attacks
A fast attack with little openings. There are “Close Ranged Attack” and “Long Ranged Attack”. Press either of the attack buttons repeatedly for auto combo!

Guard
Blocks against all normal attacks and takes no damage. However, players are unable to guard against Break Attacks.

Break Attack
A slow, wide-range heavy attack. Able to penetrate past your opponent’s defenses, but leaves you wide open.

BLOODY VALOR
Faithfully reproduced from the original anime series, “Battle and engage in heated debate with your opponent” in the KILL la KILL way! Activate the “Bloody Valor” when you’re not being attacked, and hit the opponent with the burst to start the debate!
The attacker and the defender will choose from 3 types of phrases; “Taunt (rock),” “Provoke (scissors),” and “Mock (paper).”
The phrases are set up like an RPS game. The attacker wins if they have the stronger hand or is even. If the attacker has the weaker hand, the defender wins. 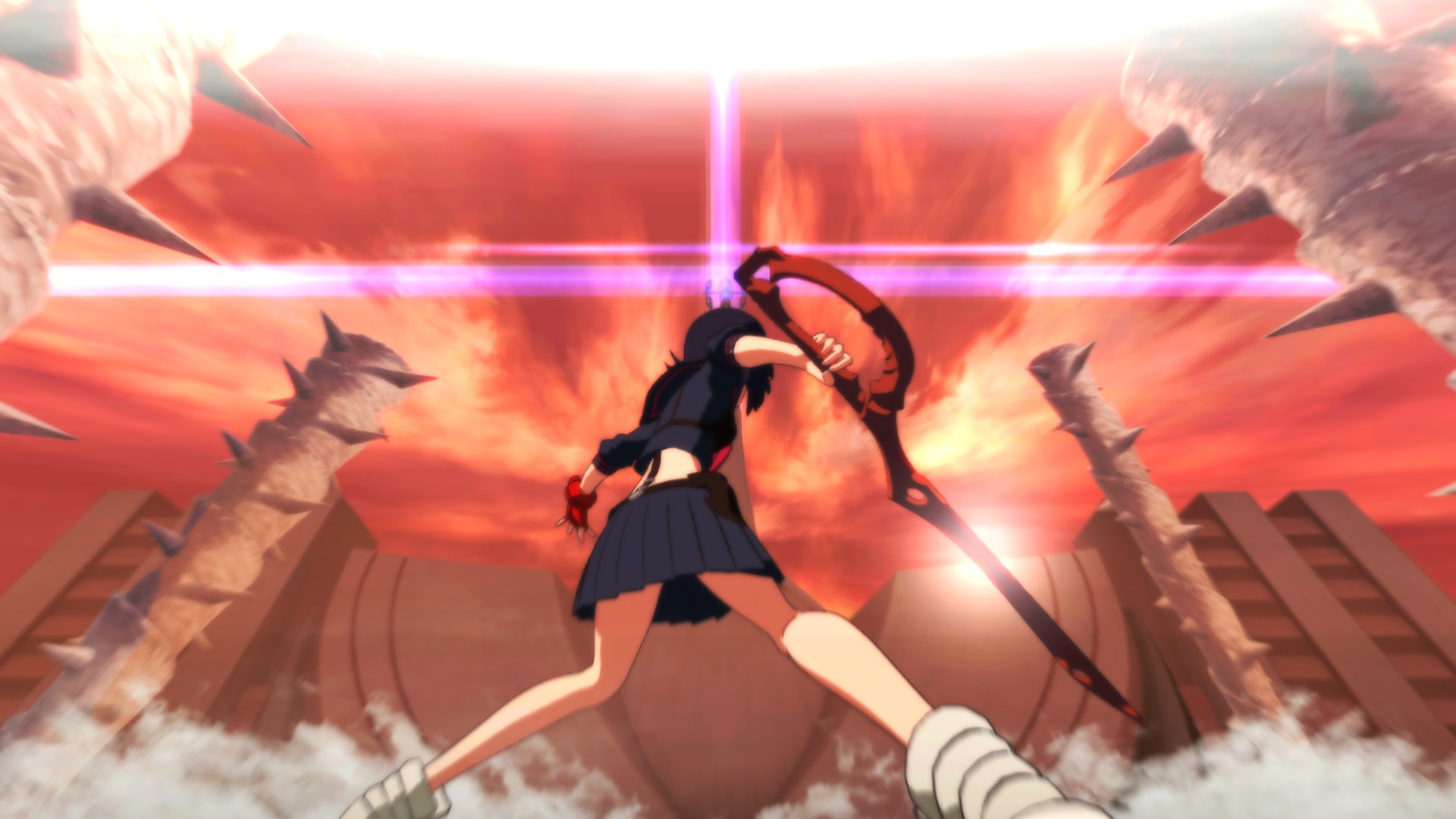 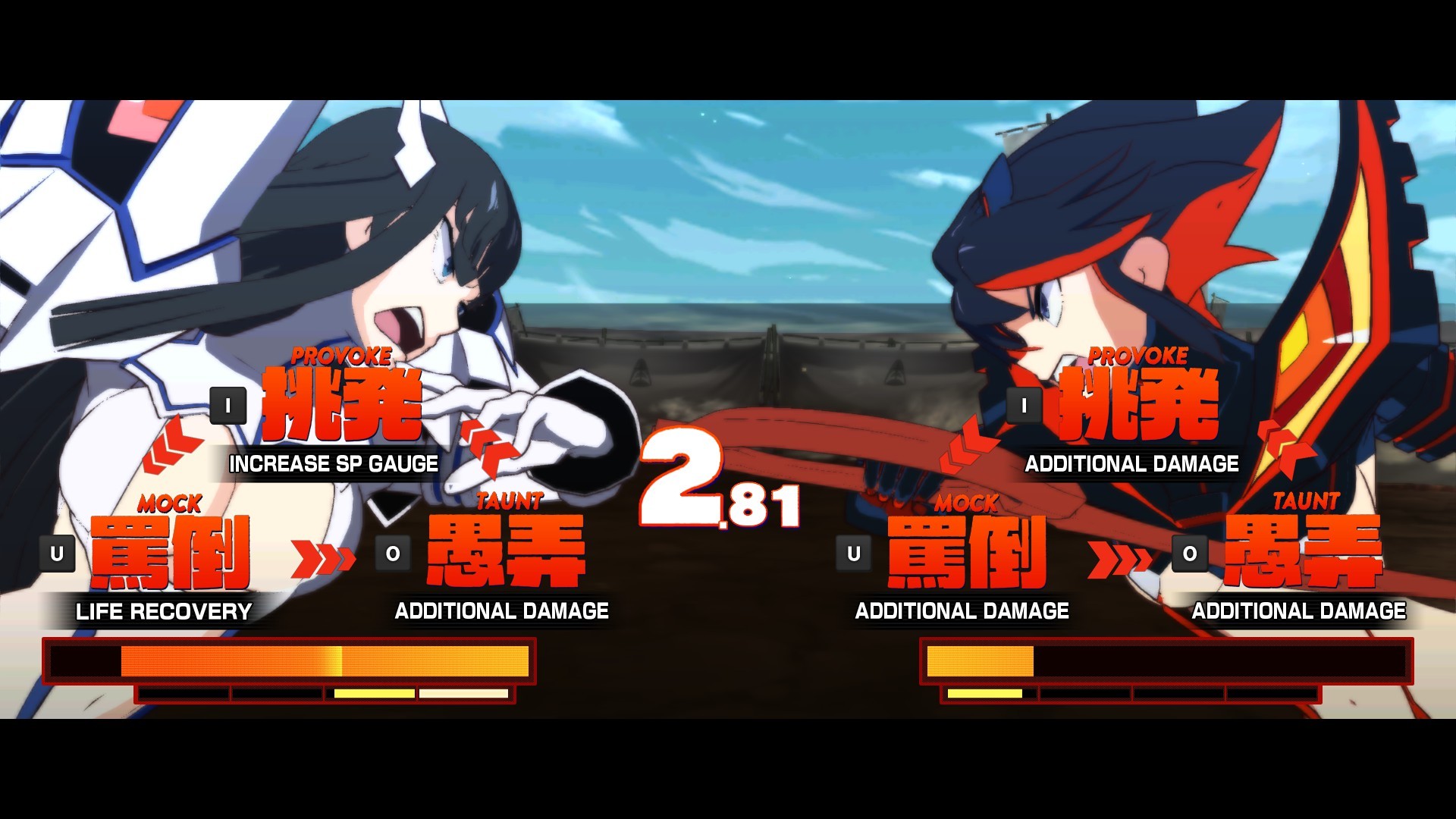 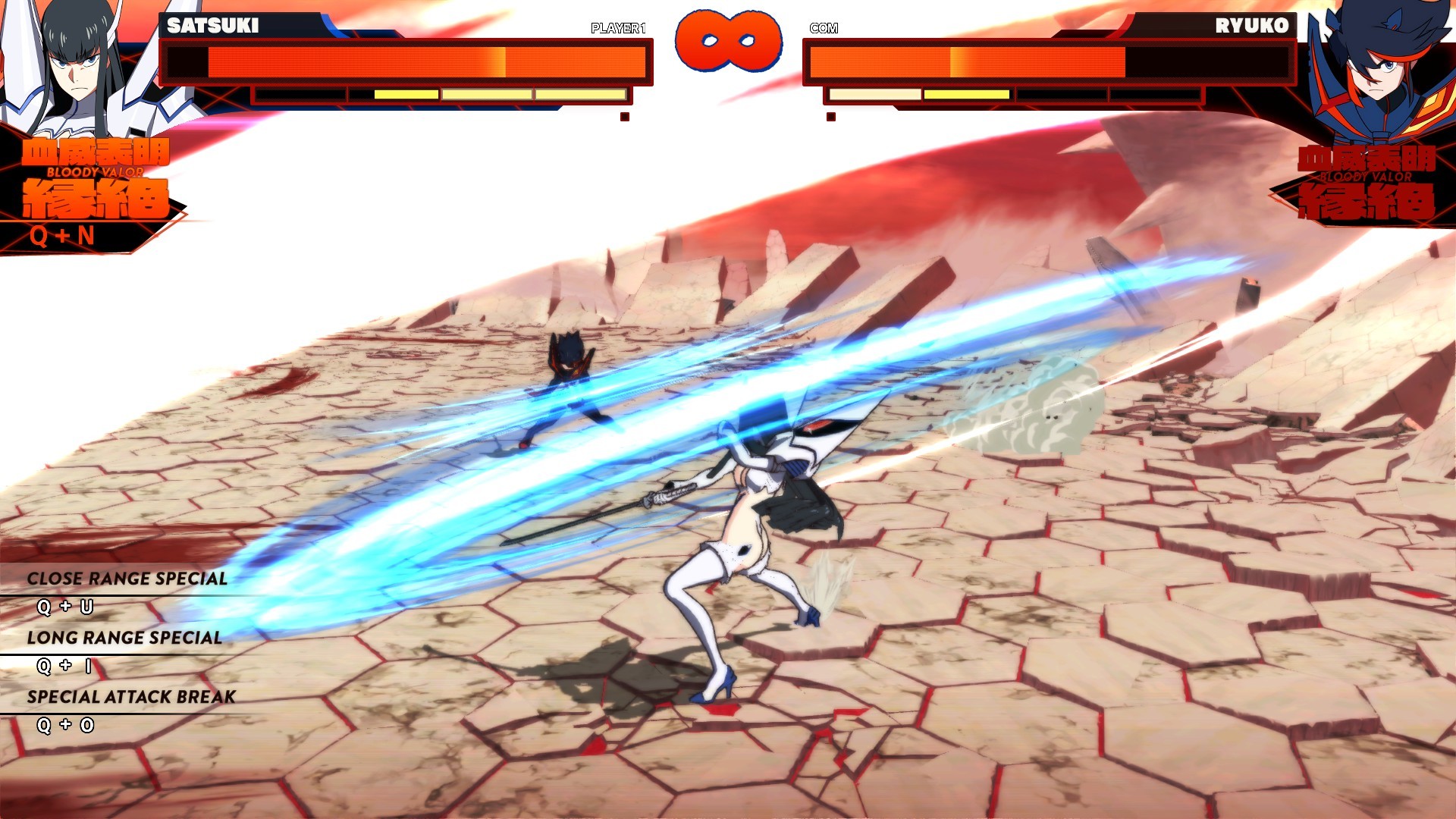 The critically acclaimed 2013 anime title that shook the streets of
Honnou City, \’KILL la KILL\’ finally makes a comeback as an action
fighting game! Play as Satsuki Kiryuin, Ryuko Matoi, and more, and
indulge in the alternate story that will draw you deeper into the
vivid and action filled world of \’KILL la KILL\’.