Besiege is a physics based building game in which you construct medieval siege engines and lay waste to immense fortresses and peaceful hamlets. Build a machine which can crush windmills, wipe out battalions of brave soldiers and transport valuable resources, defending your creation against cannons, archers and whatever else the desperate enemies have at their disposal. Create a trundling behemoth, or take clumsily to the skies, and cause carnage in fully destructible environments. Ultimately, you must conquer every Kingdom by crippling their castles and annihilating their men and livestock, in as creative or clinical a manner as possible!

Battle against other players in custom arenas or team up with your friends to destroy armies of knights, obliterate fortresses and sack settlements, by travelling through into the Multiverse!
Download other player’s war machines, levels, skins and even mods through the Steam workshop to further customize your playing experience!

Can’t find what you are looking for? Build it yourself! In the level editor, you decide where players spawn, what the objective is and what it looks like. Adding sheep and peasants will bring a level of charm to your game but archers or yak-bombs will challenge your players as they attempt to complete the objective.

Still looking for more? Expand the Besiege experience by creating your own mods or downloading existing mods from the workshop. Mods allow you to add custom machine blocks, level objects, level logic and much more!

Bring your childhood fantasies alive in the world of Besiege!

Singleplayer Campaign – A challenging single-player campaign with 54 levels. Conquer the 4 differently themed islands and claim victory over the Besiege world.

Open Sandbox – Mess around in open sandbox environments with your friends, construct wacky machines and abuse the level’s inhabitants at your leisure.

Level Editor – Build new levels with your friends, or have your friends testing the level in real-time whilst you build it! Construct castles, create armies, design custom game modes and objectives, or bring your level to life with the logic editor.

Mod Support – Creating mods for Besiege has never been easier, the extensive documentation will help you get started.

Achievements – A wide range of achievements for you to unlock.
Cloud Saving – Never lose your level progress or your masterpiece machines

Discord:
With almost 10,000 members, you’ll be sure to find help building, modding, skinning and if you’re looking for a challenge you can take part in one of the building contests.
The community Discord is also a great place to find other people to play multiplayer games with! 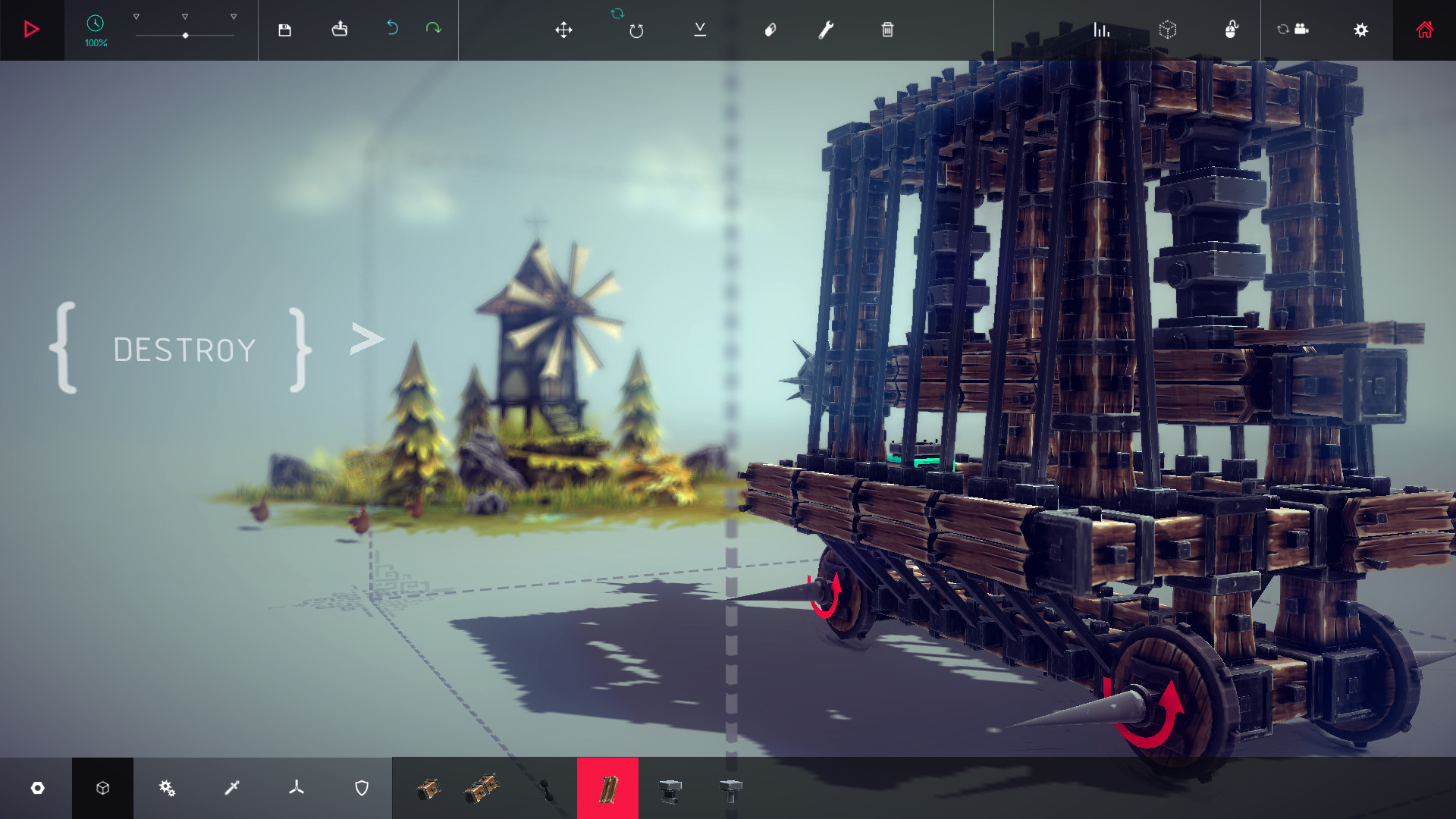 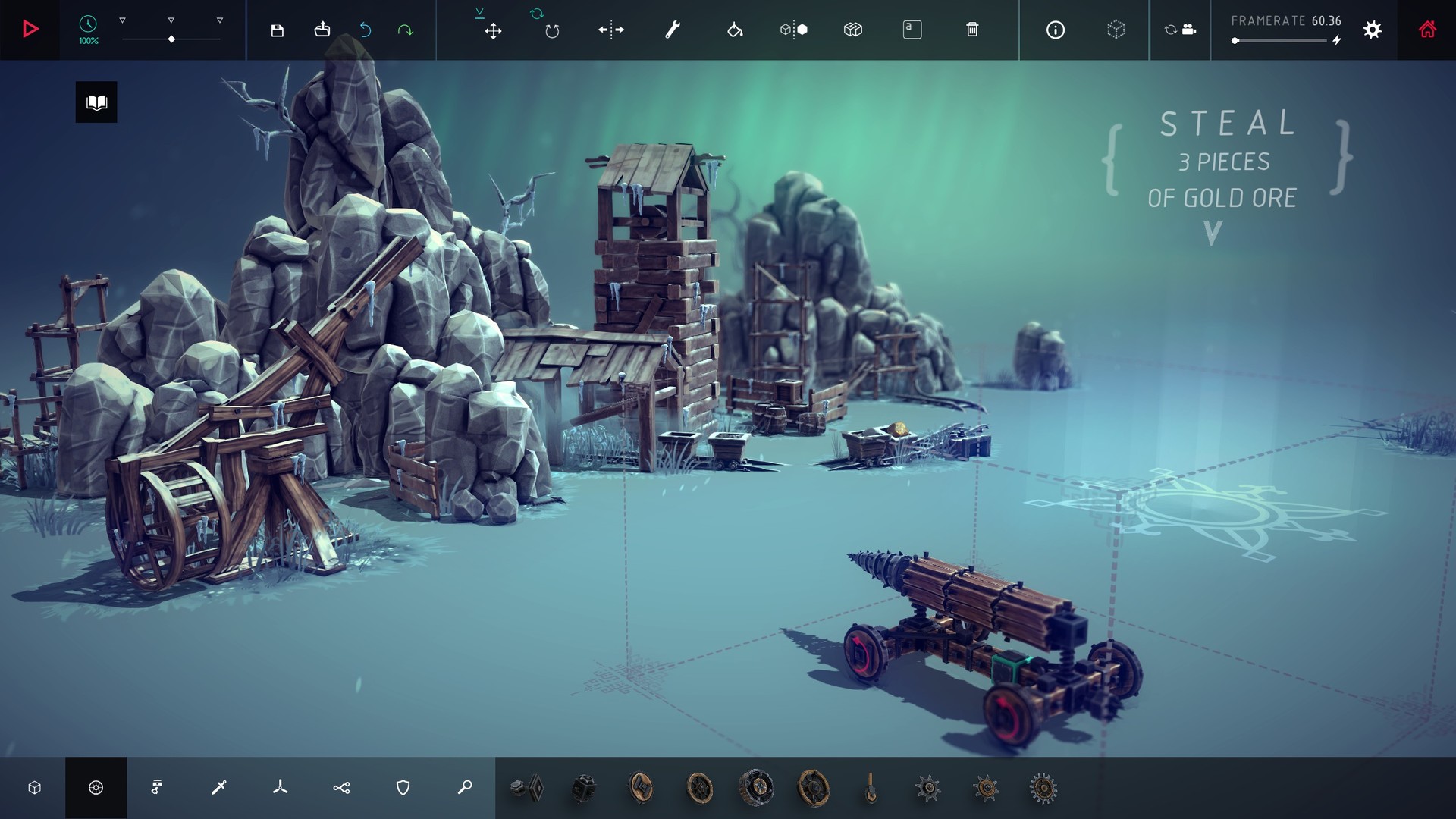 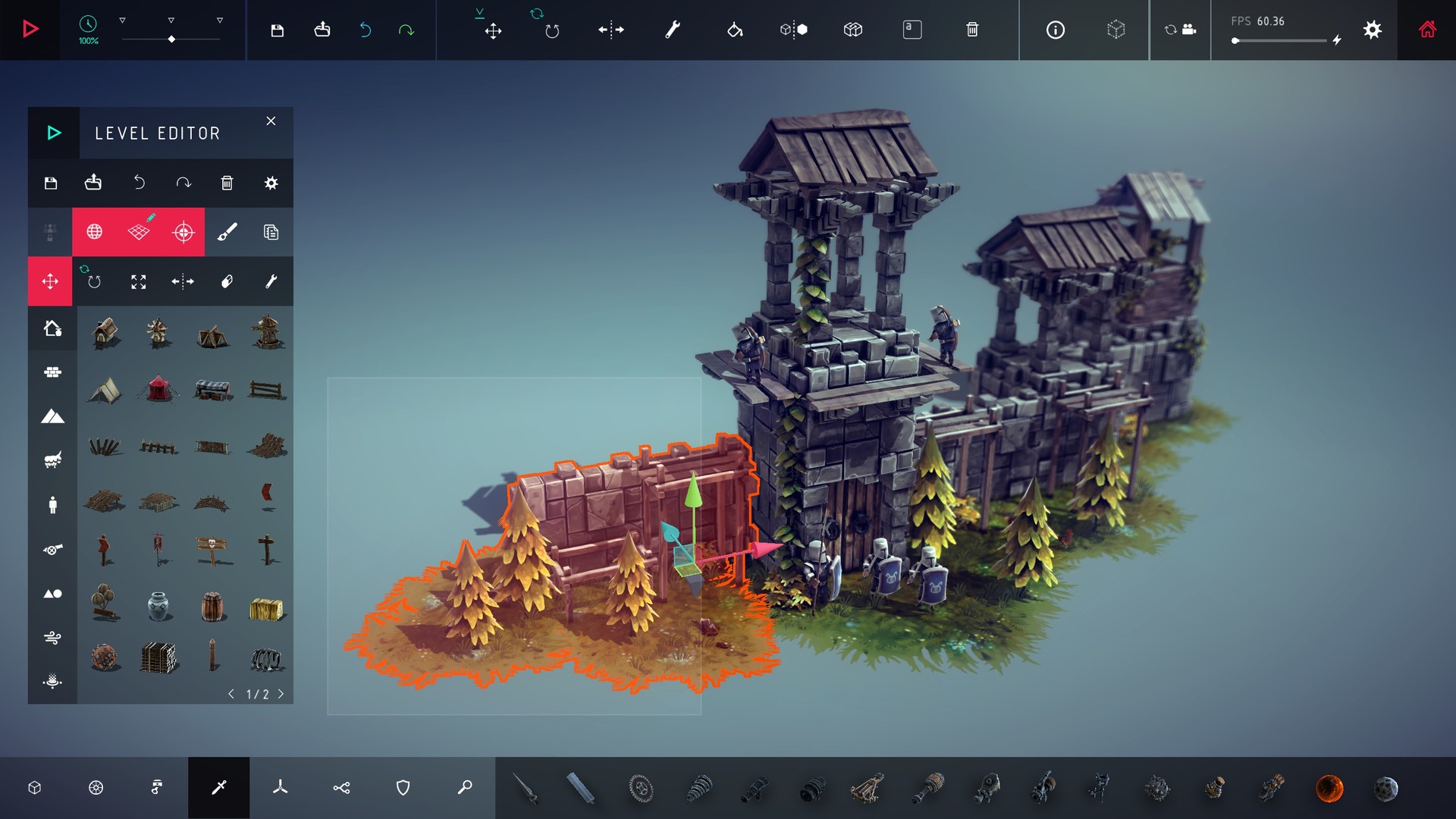 Besiege is a physics based building game in which you construct
medieval siege engines and lay waste to immense fortresses and
peaceful hamlets. Build a machine which can crush windmills, wipe
out battalions of brave soldiers and transport valuable resources,
defending your creation against cannons, archers and whatever else
the desperate enemies have at their disposal.