Your role as commander is to defend the platform that’s built to harvest energy and power Earth. You can defend by strategically building fortification towers to defend the harvesting platforms against aliens called Kraken. As commander it’s upto you how you use your resources against the Kraken.

Game Overview
The game is staged on a beautifully rendered planet with dynamic procedurally generated scenery. Many elements of the game including the enemy waves are generated procedurally offering a unique experience each game. Rather than a single master solution to each game level there are a whole multitude of possibilities. Instead of a linear 20 mission campaign, each mission is in part designed by the players choice of planet region, sector, and game level layout. Additionally a tech research tree provides an opportunity for the player to develop even more strategies as they progress through the game.

Defense Task Force features 25 different types of enemy units versus 10 types of towers deployed by the player. Each tower features completely different attack behaviors, 3 upgrade levels and individual attribute boosts. The player needs to invest their rewards from winning each game level into researching a deep technology tree to unlock these before they may be used in game. The choice of which technology to research has a direct impact on the strategy options available to the player. Great care is being taken with respect to game balancing such that there is no single super tower. The attack behavior of the ten tower types are both different and complementary to each other.

Once each mission is won you may proceed to the next mission or continue and try survive as many waves as you can.

The main storyline features a campaign of 20 missions which would provide at minimum 15 hours of gameplay. The campaign structure is significant non linear aspects which make each level replayable in multiple different ways.

The enemy waves are procedural generated with randomness for infinite mode gameplay of never ending waves. Additionally when playing the same mission a second time the wave composition will be different. The waves are composed of a total of 25 different types of alien enemy units plus 3 additional units which are spawned by other units. Each type of unit has differences based on speed, hit points, shield, strengths/weaknesses against tower types and special abilities providing for a large multitude of strategies to beat the players towers.

The game features dynamic environments based on: procedurally generated background terrain and weather. Additionally the game level itself is based on a combination of environment and player selected game level layout (blueprint). These combinations provide very high replayability and variability of the same mission.

The campaign is divided into 5 regions each containing 4 sectors to create a total of 20 missions. However the game level layout of each mission is dependent on the blueprint (energy mining platform) which the player researches and deploys for the mission.

Ten types of towers are provided each with 3 upgrade levels. Additionally the third level tower can have its individual attributes such as rotation speed, damage, etc… upgraded individually. All of these upgrades must first be researched in a deep skills tree before they can be used in the game. Each tower type has a unique attack profile allowing the player to build a very wide variety of tower combinations. No tower is superior to others and to win the player must use a range of towers.

Skills, unlock and research tree. The player uses energy gained from winning missions for both unlocking and researching. For the missions each region and sector must be unlocked before they can be played. Each blueprint (game level layout) must be researched before it can be deployed. Each skill such as global skills as well as tower upgrades must be researched before they are available in game. 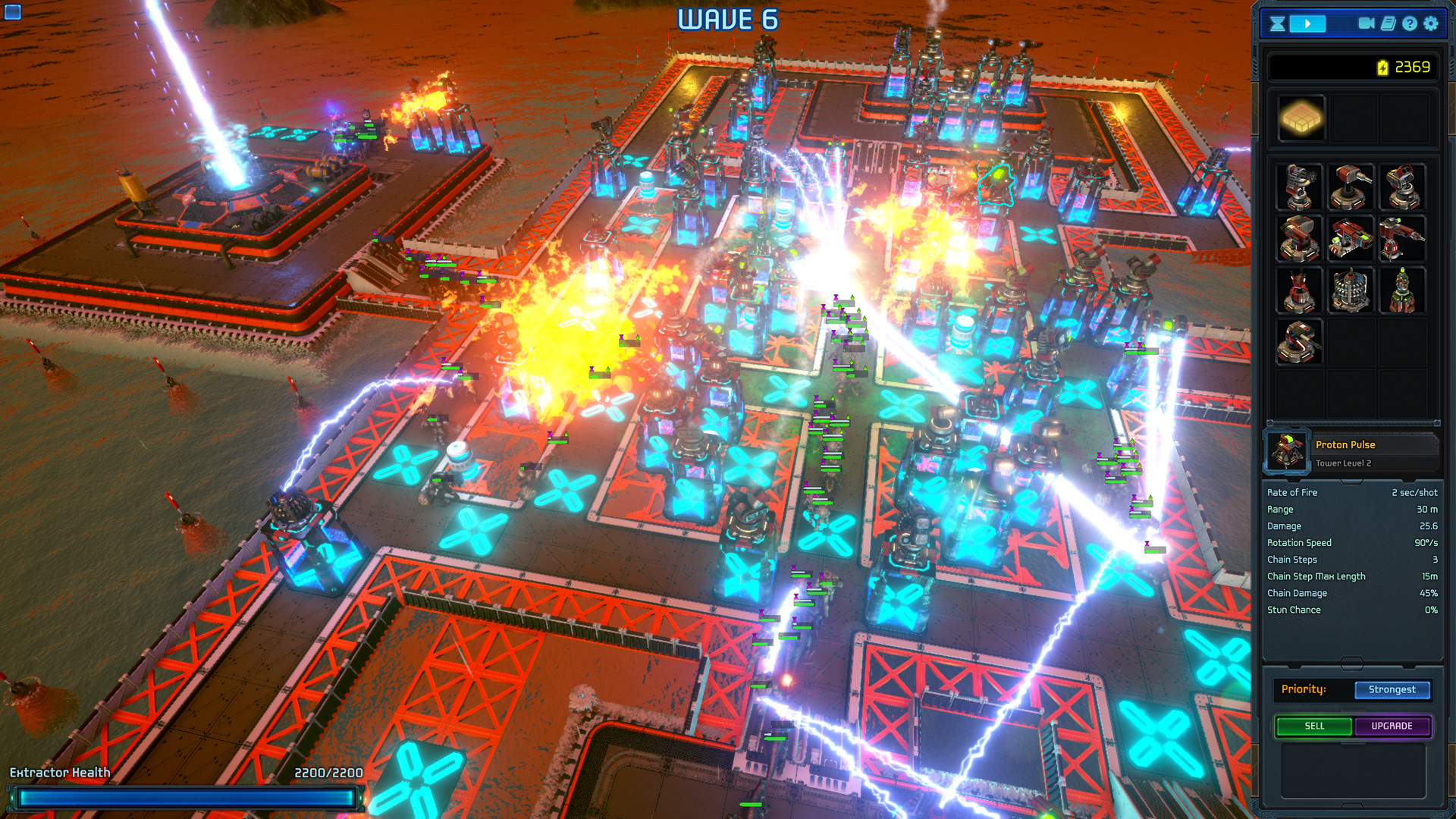 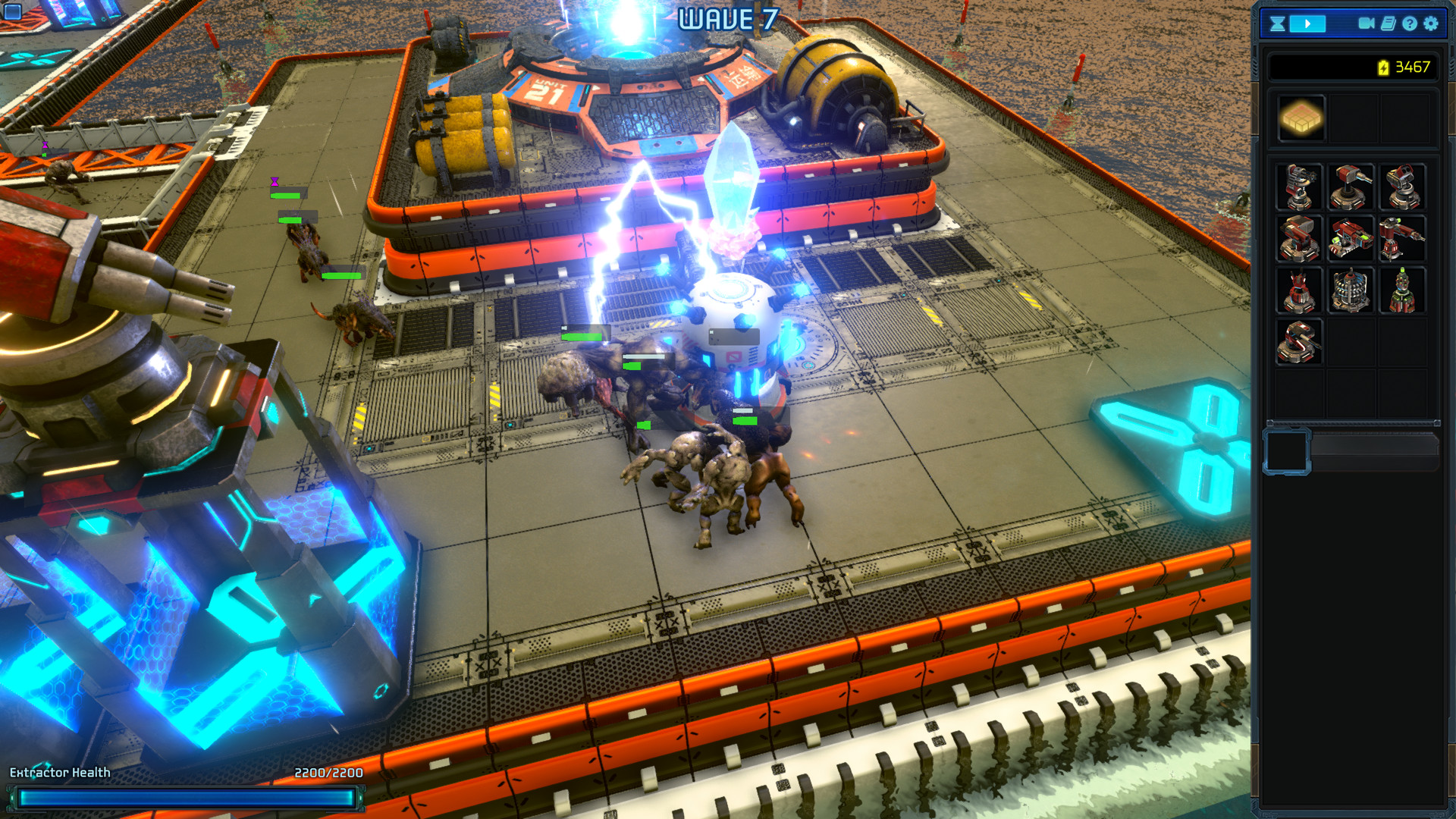 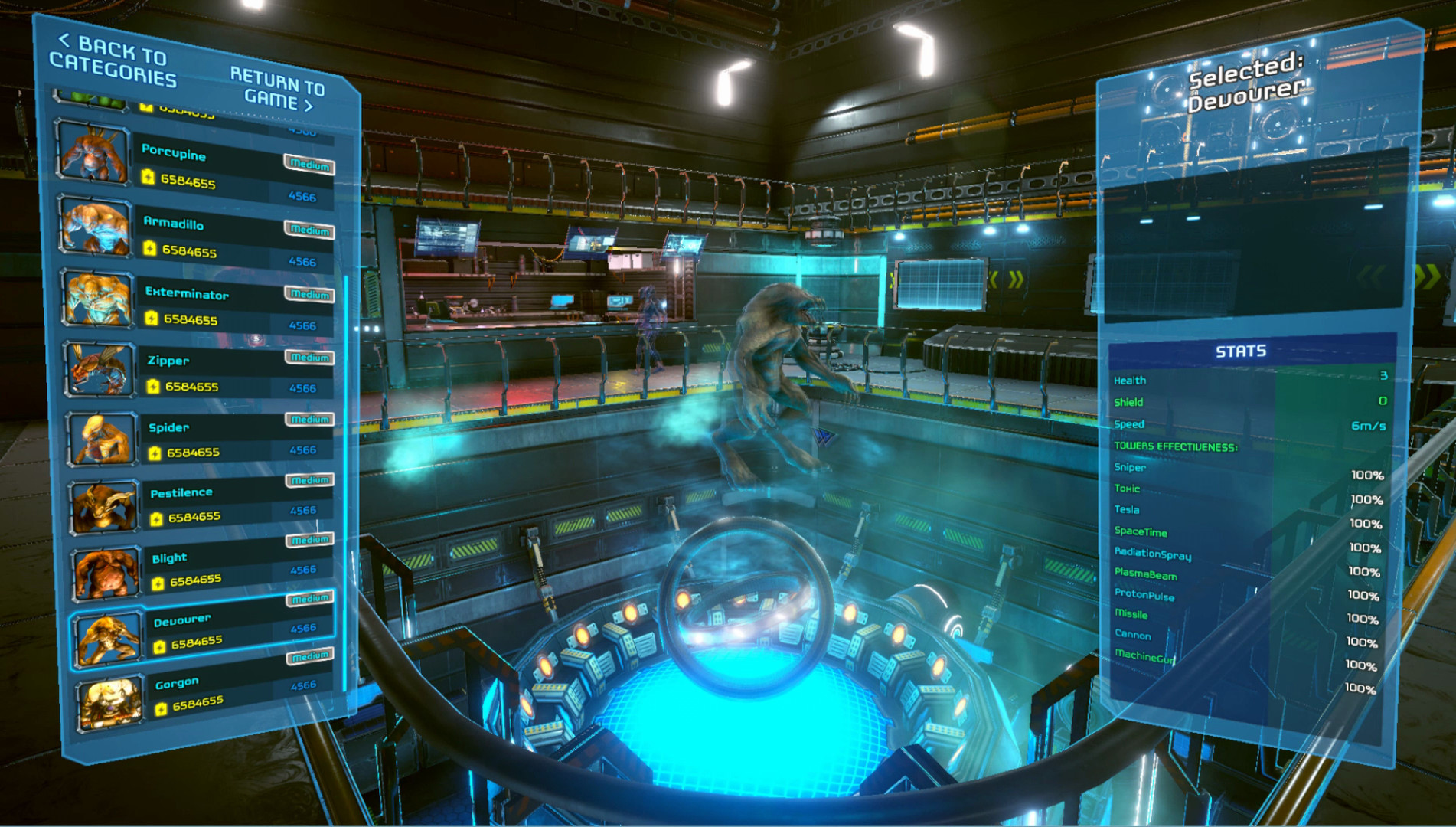 Previous Crying is not Enough
Next Anima: Gate of Memories – The Nameless Chronicles