Delve deep into the oil rig city of Ravensdale. A medieval metropolis that went bonkers after the people discovered goop – a raw fluid that provided energy, skin cream, bread spread and powered diesel engines. And it turned the people of Ravensdale into raging, bloodthirsty monsters. Lucky for them they have you, leading a pack of lunatic knights on a killing spree to save the city.

Rogue Stormers combines classic run ‘n’ gun gameplay with a modern art style, twin stick shooter configuration and all the good things rogue like has to offer. Did we mention that you can have up to three friends join you on your rampage in either online or couch co-op mode?

Your goal is to fight and beat the ultimate evil threatening Ravensdale – but in order to beat him, you need to fight your way through 7 increasingly challenging levels. If you die, you’ll be back at square one. Earned perks are yours to keep, allowing your character to grow stronger with each new raid.

Our technology enables us to layer and combine level chunks to create meaningful level combinations with infinite replayability. An ever-growing cast of enemies, hazards and loot is layered within each chunk, generating incredible diversity.

Tons of different upgrades and weapons will cause each new session to play in a unique fashion, depending on which weapons or upgrades you pick and get. Adding to that are five unlockable character classes, each with its own skills and base weapon.
The further you delve into the vast undercity of Ravensdale, the more you will learn about the city’s history and that of its citizens, as well as the tragic backgrounds of the five heroes who took arms to save the city.

All these factors combined determine how you’ll engage the sprawling city of Ravensdale. Will you go toe to toe with your enemies or pick them off them from a distance? Will you cripple your enemies, block attacks or just blast everything apart with pure damage?

Features:
– I’m So Ronery: Single player mode
– Gun Together for Fun Together: Up to four players local/online co-op
– All You Can Kill Buffet: 5 character classes to decide whether you feel like murdering people with fire or goop or guns
– Sick Arse Biomes: All generated procedurally with random placement of enemies, traps and upgrades for infinite replayability
– Farting Angels And Things that Have Teeth But Shouldn’t: Deal with classic orcs, goblins, floating weapon platforms, eldritch horrors and battlegates bristling with weapons
– Set Things on Fire: Trigger environmental chain reactions that will kill both you and your enemies, but idk, it looks cool
– It’s So Shiny: Game world modeled in blistering 3D
– Discover New Stuff: Unlock tons of crazy updates and new weaponry that give you even more ways to murder your enemies.
– Story Time: Unravel Ravensdale’s dark history piece by piece and learn your character’s gruesome history 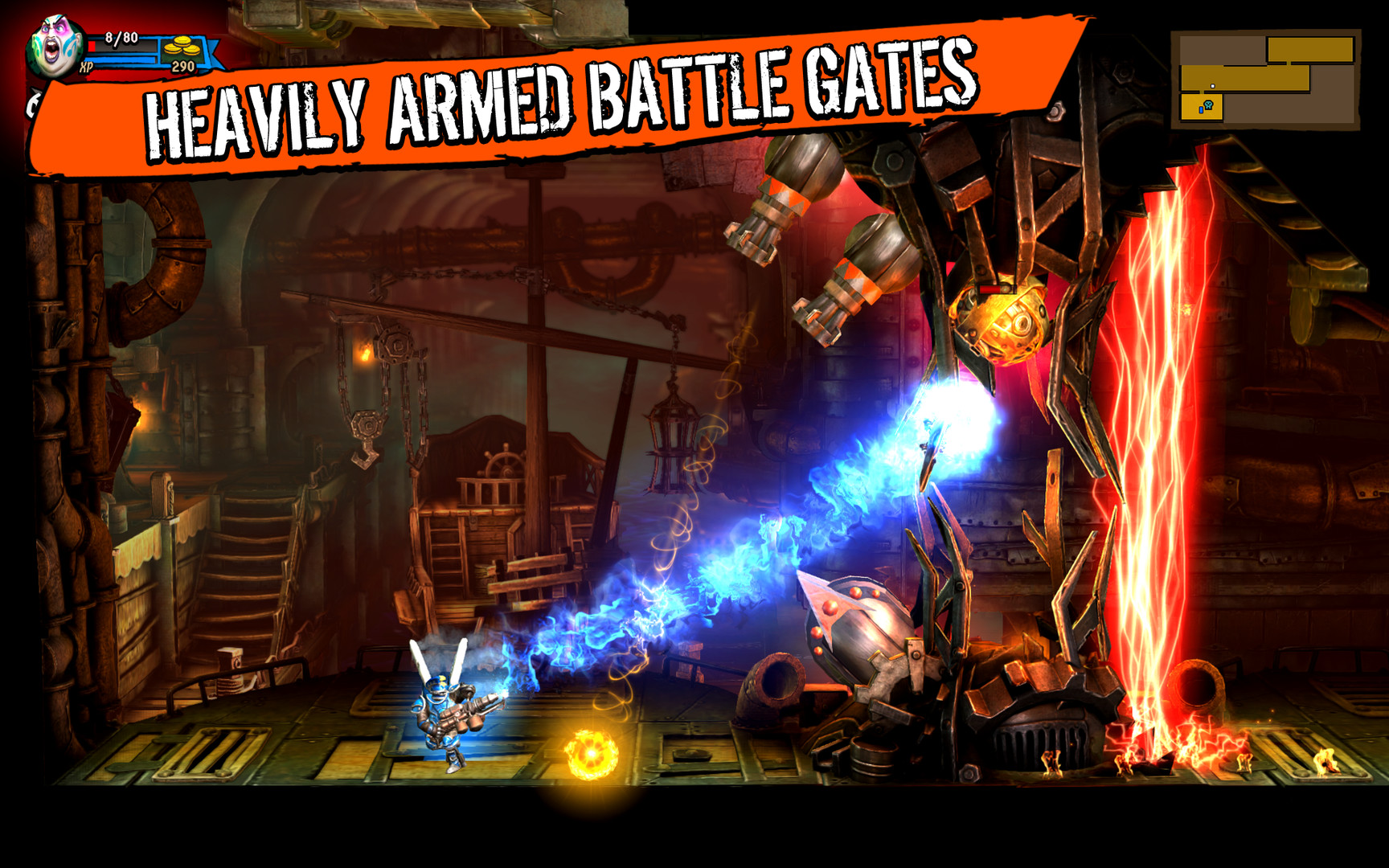 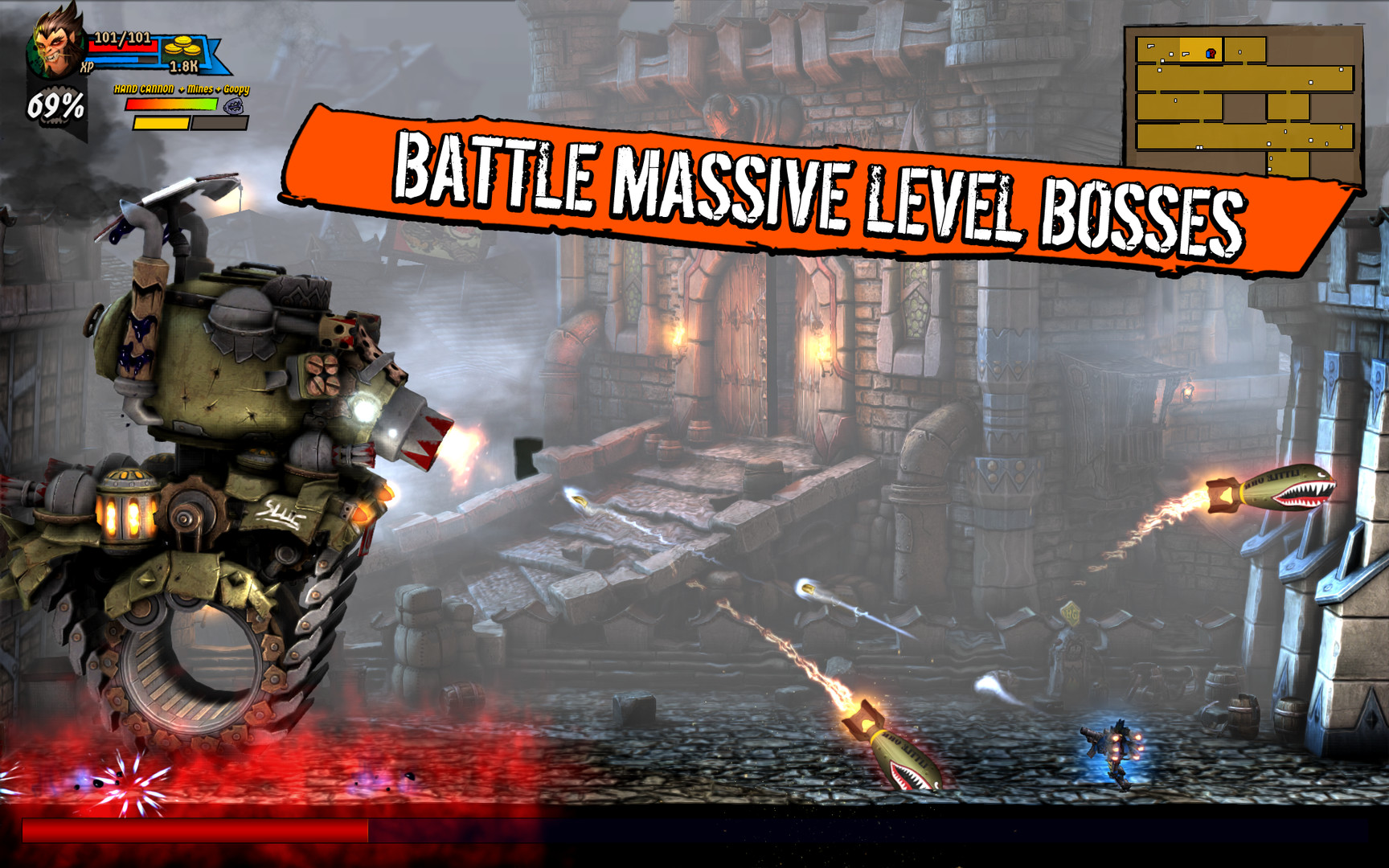 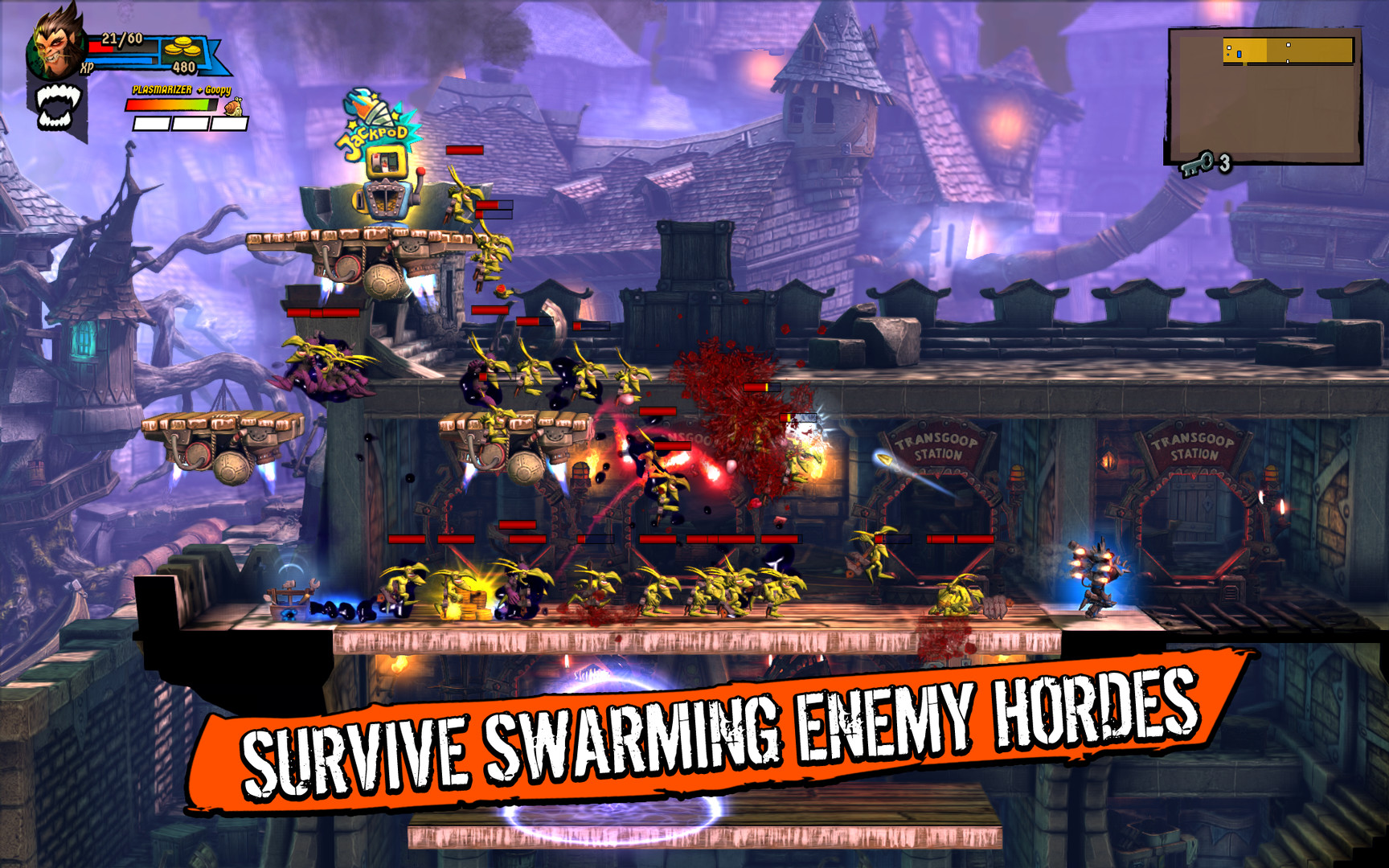 Rogue Stormersis a run n gun game with roguelike elements for up to
four players in local and online multiplayer mode. Dying in a
mission will allow you to keep earned perks which allow your
character to grow stronger with each new raid. Youll delve further
and further with each session until you finally defeat the final
boss. Our technology enables us to layer and combine level chunks
to create meaningful level combinations with infinite
replayability.