About This Game
What if humanity suddenly encounters extraterrestrial intelligence on Earth? Bohemia Interactive presents: Arma 3 Contact – a spin-off expansion about the most important discovery in the history of mankind. As a soldier deployed to Livonia’s militarized Nadbór region, you will be among the first to study our alien visitors and determine their intentions. However, amid the tension and chaos, armed conflict inevitably unfolds. Arma 3 Contact’s military science fiction campaign arrives together with a massive new terrain, and introduces new factions, weapons, vehicles, outfits, equipment, and more to the wider Arma 3 sandbox.

– Singleplayer Campaign “First Contact”
Ever fantasize about what would happen if aliens arrive on Earth? The story-driven “First Contact” campaign places you right at the center of a mysterious event that will forever change the face of human history. As Specialist Aiden Rudwell, you are a NATO drone operator taking part in a military training exercise on Livonia. When a massive alien vessel enters the atmosphere, you are sent on a reconnaissance mission to investigate the extraterrestrial presence. The priority: to learn who or what they are, and find out why they are here. However, with our very existence in the balance, different interpretations fueled by a region-wide blackout quickly prove to be a surefire way to conflict. Over the course of this campaign, you will engage in field science, electronic warfare, and combat recon, in an experience delivered in authentic Arma 3 style.

– 5 Weapons
The Contact expansion adds 5 weapons to your Arma 3 arsenal. The LDF makes use of the Promet Assault Rifle. This modular bullpup rifle is known for its unique detachable carry handle with integrated scope and can be fitted with an under-barrel grenade launcher or shotgun attachment. Then there are two additions to the AK family, which are primarily used by Russian Spetsnaz. The RPK-12 Light Machine Gun features a distinctive 75-round drum magazine, elongated barrel, a modified stock, and added foregrip. The AKU-12 Rifle is a lightweight carbine with a shorter barrel and a special muzzle brake. Lastly, Livonia’s civilian hunting enthusiasts bring in their own two weapons. The Mk14 Classic Hunting Rifle is a single fire walnut stock version of the military-issue Mk14, while the Kozlice Shotgun is a traditional break-barrel 12 gauge that can fire slug or buckshot shells, and comes in a regular and sawed-off variant.

– 2 Vehicles
Say hello to an unlikely pair of new vehicles. First up is the ED-1 Mini UGV (Unmanned Ground Vehicle). This small tracked electric robot is built to traverse complex terrain, and can transmit a live camera feed so that its operator can remotely assess the situation. Wielding its multi-joint swivel arm, the UGV’s two primary uses are CBRN Defense and Explosive Ordnance Disposal. The Science variant, the ED-1E*, is essentially a driving laboratory with sensors, a sampling laser, and a biopsy probe. For military use, the ED-1D variant comes prepared with a mounted Disruptor shotgun; ideal for demining operations and close encounters. On the opposite side of the vehicle spectrum drives the Tractor. This reliable Diesel workhorse from Arma 2 returns with a major upgrade to its model and textures, and might prove unexpectedly useful in certain circumstances.

– Gear*
In response to First Contact, this spin-off expansion also hands you a variety of new gear. Perhaps most striking is the equipment related to CBRN (Chemical, Biological, Radiological, and Nuclear) defense. This involves an oversuit – available in multiple colors and camouflage designs – and includes Air Purifying Respirator face masks and breathing apparatus backpacks. Another notable addition is the Spectrum Device. This is a handheld transceiver that can act as an electromagnetic spectrum analyzer. It can send and receive a myriad of signals at various frequencies, while – depending on what antenna is fitted – it can also be used for jamming or deception. As such, it is essential when it comes to scientific study, communications, or engaging in electronic warfare. Additionally, there is a radio backpack, prisoner blindfold, and, of course, the most proven measure of defense against alien interference: the tin foil hat.

– Classified Intel
Little is known about the extraterrestrial visitors, but their largest observed vessel is hard to miss. Presumably employing a form of gravity control, it appears to have little trouble maintaining levitation despite its massive size. It is unclear whether Livonia is the only arrival site on Earth, but the UFO is believed to purposely hover above an underground alien network that spans at least several kilometers. This network’s purpose and origin are entirely unknown, but it appears to be incredibly old since it has gone unnoticed for the longest time. Recent reports also mention sightings of highly advanced car-sized alien entities surveying the UFO’s nearby environment. However, much more information is needed before their true capabilities and purpose can be evaluated.

* Some of these marked items might have advanced scripted gameplay functionality within Arma 3 Contact’s singleplayer campaign. However, please be aware that they are purely cosmetic and/or decorative when used across the vanilla Arma 3 sandbox, such as in multiplayer or in the Scenario Editor.

Launch Options
To play the “First Contact” singleplayer campaign, you should open the Arma 3 Launcher and then hit the PLAY CONTACT button. Alternatively, you can visit the DLC section in the Arma 3 Launcher, load Arma 3 Contact there, and launch the game by clicking on the regular PLAY button. If you would like to play regular Arma 3 but still want to have access to the assets from the Contact expansion (such as the terrain, weapons, and vehicles), you can simply launch Arma 3 without loading Arma 3 Contact as optional DLC. 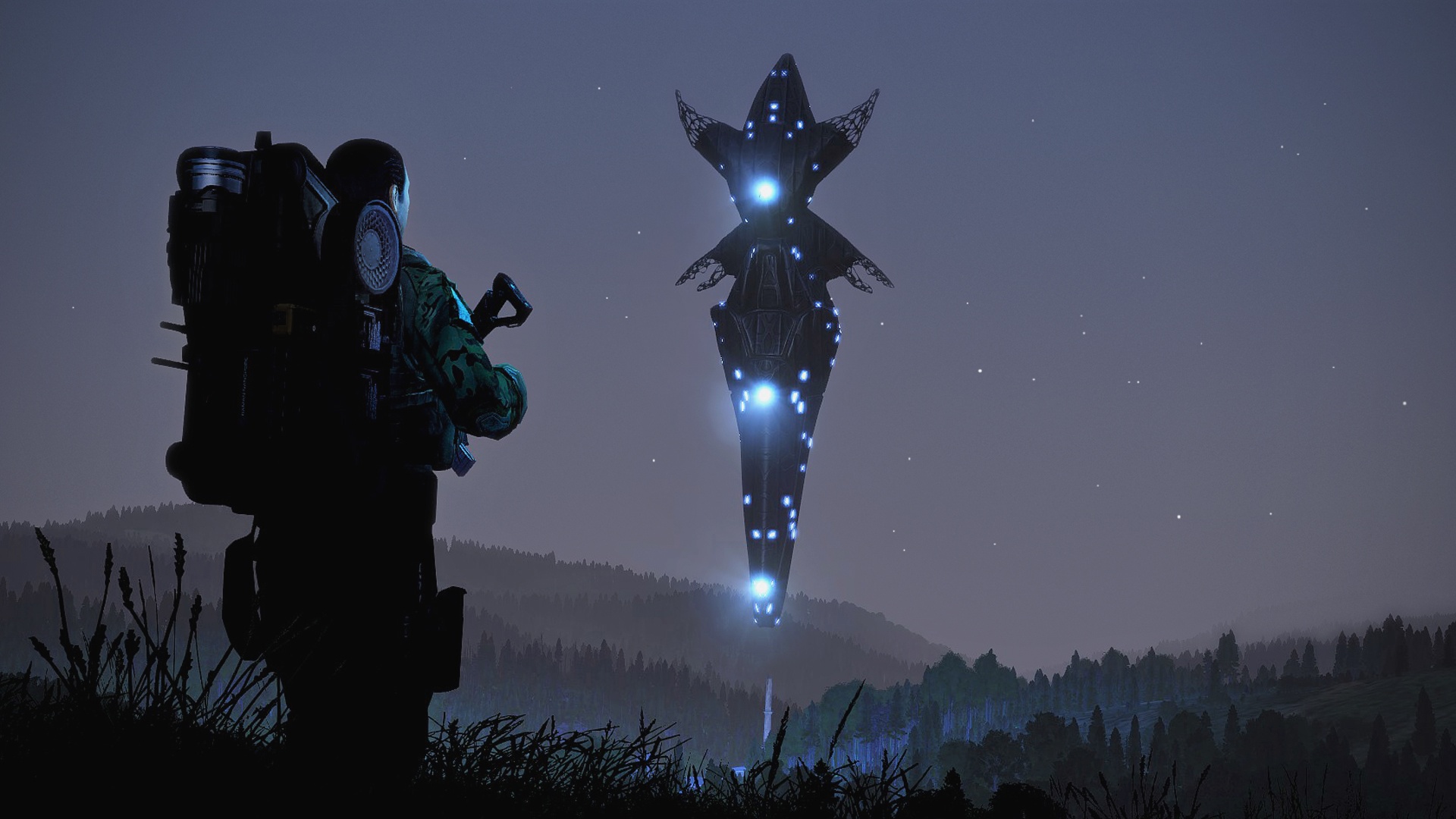 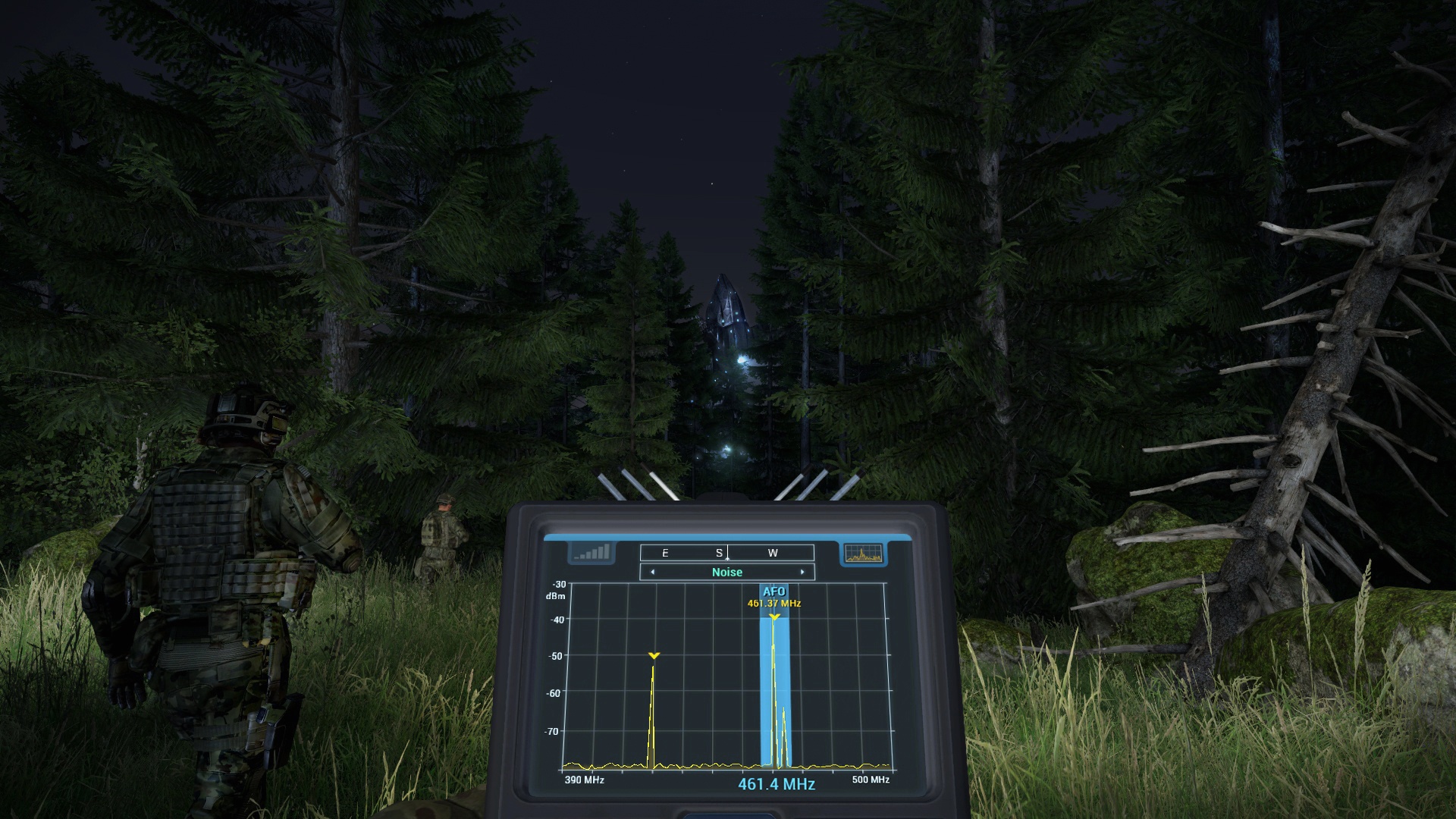 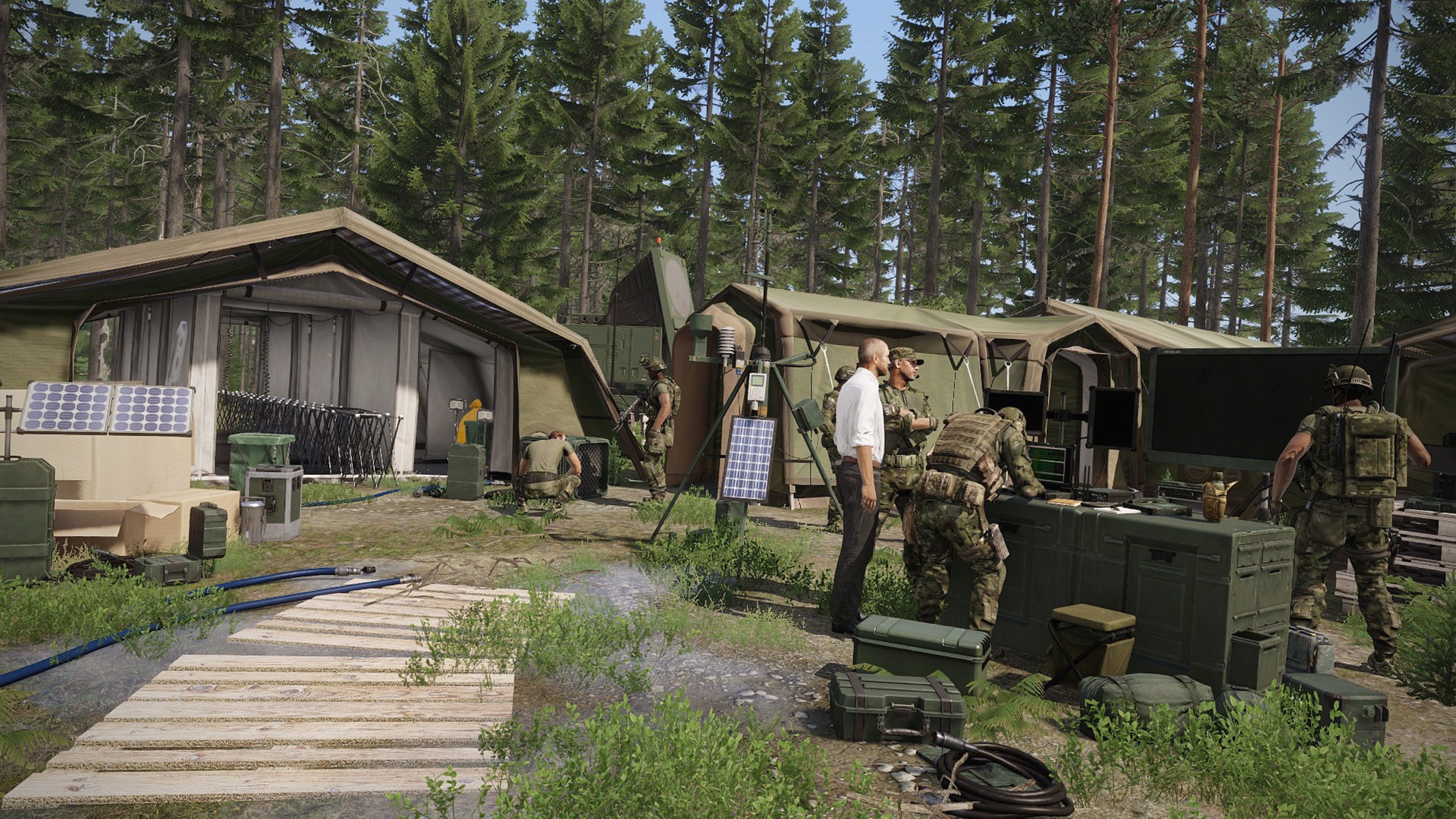 What if humanity suddenly encounters extraterrestrial intelligence
on Earth? Bohemia Interactive presents: Arma 3 Contact a spin-off
expansion about the most important discovery in the history of
mankind. As a soldier deployed to Livonias militarized Nadbr
region, you will be among the first to study our alien visitors and
determine their intentions.