About This Game
Vigilantes is a combat focused, turn-based tactical RPG set in the declining, crime riddled city of Reiker. The game offers hardcore squad-level combat in a gritty neo-noir setting, intel gathering through surveillance and interrogation, a detailed character system, base facilities, crafting, and much more.

Key Features
– Party-Based Tactical Combat System, including lethal and non-lethal attacks, powerful perk-based activated abilities, attacks of opportunity, cover, aimed and special attacks.
– Deep Character System: build the ultimate crime-fighting team using the UPLIFT system which comprises 6 stats, 9 skills and allows for a variety of viable builds. Further customise your characters with over 60 perks.
– Gather Intel: Run surveillance and interrogate defeated enemies to locate each gang’s leadership and facilities.
– Story: Experience the hard-boiled story of a group of vigilantes waging war against the overwhelming might of the criminal underworld. Gain advantages in combat through skill checks and choices in dialogue, and help out citizens in need.
– Adversary System: If an enemy manages to flee, they will become more powerful and you will have to face them again later. Take them down quick!
– Crafting: Upgrade weapons from 9 distinct classes and craft special items, such as hot-loaded ammo, armour, and medical items.
– Base Facilities: Build and upgrade 5 facilities (gym, library, firing range, surgery, workshop) to gain bonuses and access advanced crafting options.
– Reactive AI: An enemy that reacts to your actions, by setting up ambushes, and is responsible for recruitment, building facilities, improving gang equipment and training.

So What Sets Vigilantes Apart From Other Games?

1: Setting
I’m sure you’ve noticed that the vast majority of turn based games favour fantasy or sci-fi settings. How many turn based games have you played that don’t feature aliens, orcs, mutants, wizards, or bandits as antagonists? With Vigilantes, we wanted to offer you something fresh: a modern, neon drenched, rainy city in the midst of an unprecedented crime wave, supported by hard-boiled prose that brings the setting to life. It’s no country for sorcerers or laser guns, but brace yourself for psychotic mob hitmen, molotov wielding doomsday cultists, and paramilitary survivalist snipers!

2: Intel Gathering
You can’t take down vast criminal organisations by getting into street fights with low level hoods. Surveillance operations can reveal basic information on the extent of a gang’s presence in a city district, or how much wealth they are gaining from operations there. To put a gang out of commission, you must locate and eliminate their boss, and smash their facilities. To do this, you must fight your way up the gang hierarchy, using your skills and equipment, such as truth serum, to break them in interrogation.

3: Adversary System & A Reactive Enemy
When’s the last time you saw an enemy attempt to flee in a turn based RPG? What happens if they escape, and come gunning for you down the line, more experienced and powerful than ever? When an enemy runs, will you give chase, or focus on active threats?
The gangs will not sit back and allow you to dismantle their operations. They will carry out criminal operations, using the ill gotten proceeds on recruitment, equipment, training, and building buff providing rackets. Success comes with its own risks in Vigilantes. Once you get a gang’s attention, they will dispatch deadly lieutenants to ambush and track you down. You may very well set out as the hunter and find yourself the hunted.

Will I Like This Game? Should I Buy Vigilantes?
The demo we released for Kickstarter is around 18 months old now, so it doesn’t offer a good indication of the game’s current features, content, polish, and balance. Thankfully, Steam offers a no quibble refund policy if you have spent less than 2 hours playing and have purchased less than 2 weeks ago, allowing you to see if you like Vigilantes, without committing to a purchase. While you won’t be able to experience everything the game has to offer in 2 hours, it will give you a good idea of what to expect. Vigilantes is continually being improved, and we take feedback on board, so if you tend not to play Early Access games, please consider adding Vigilantes to your wishlist! 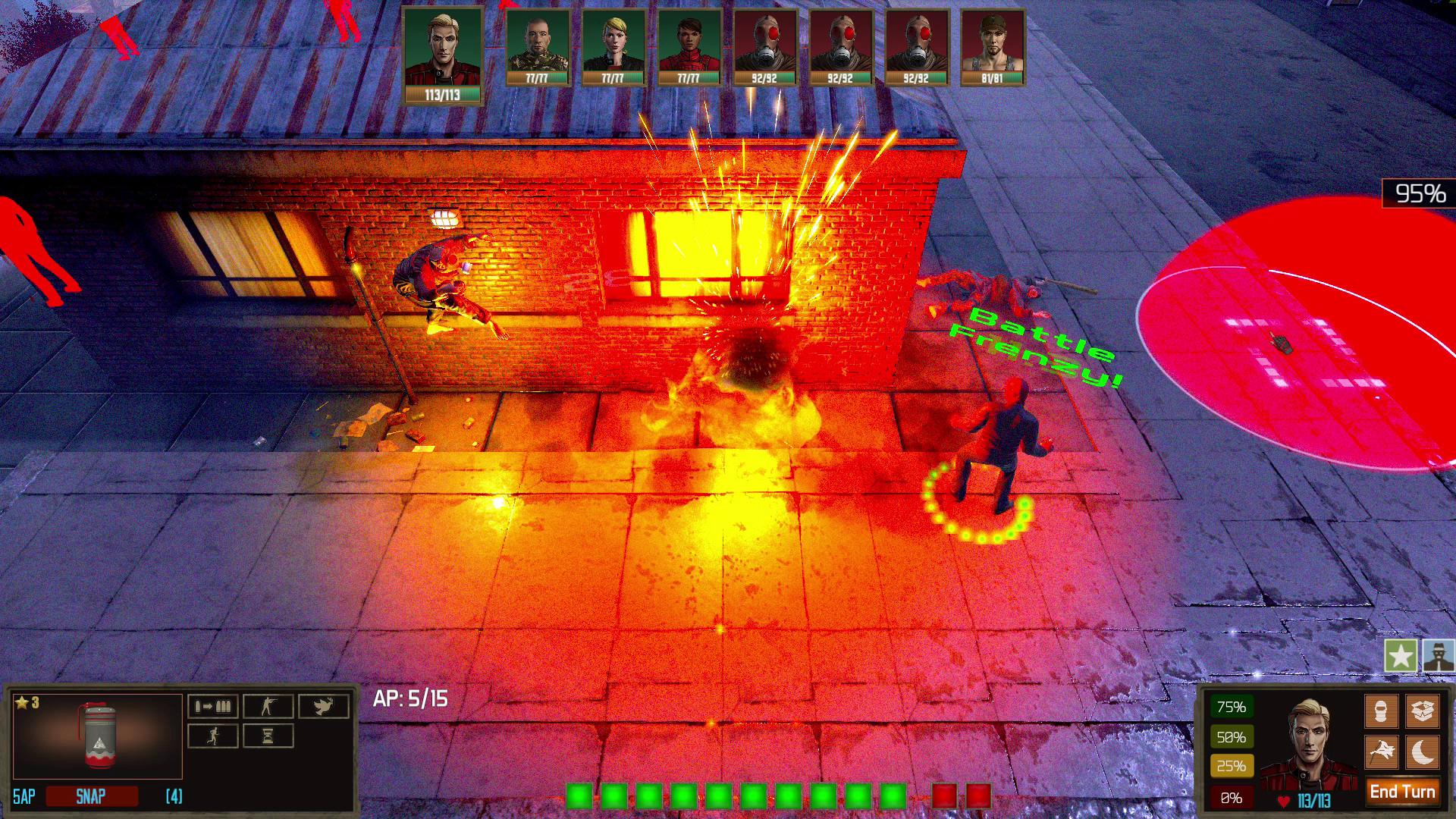 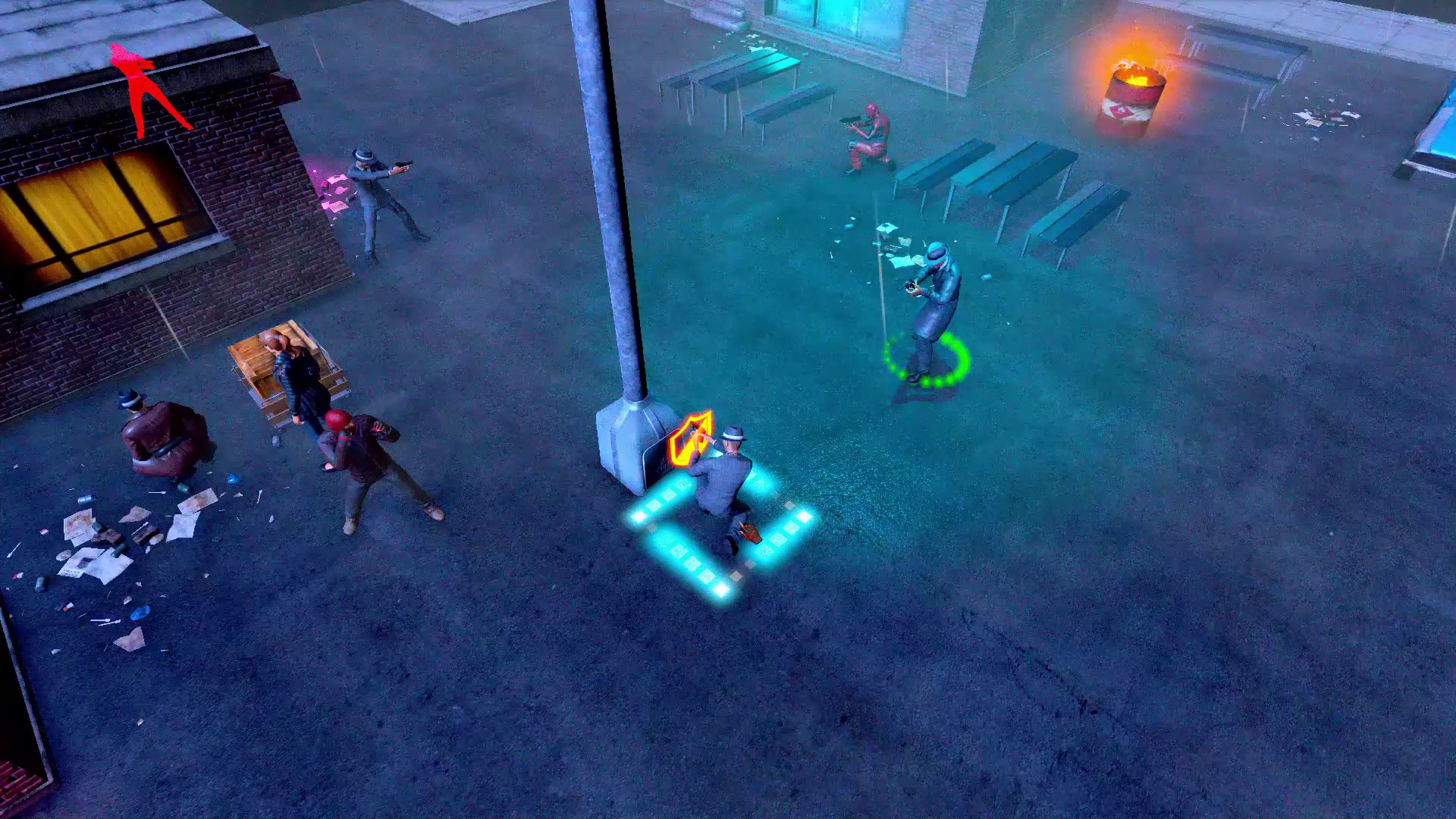 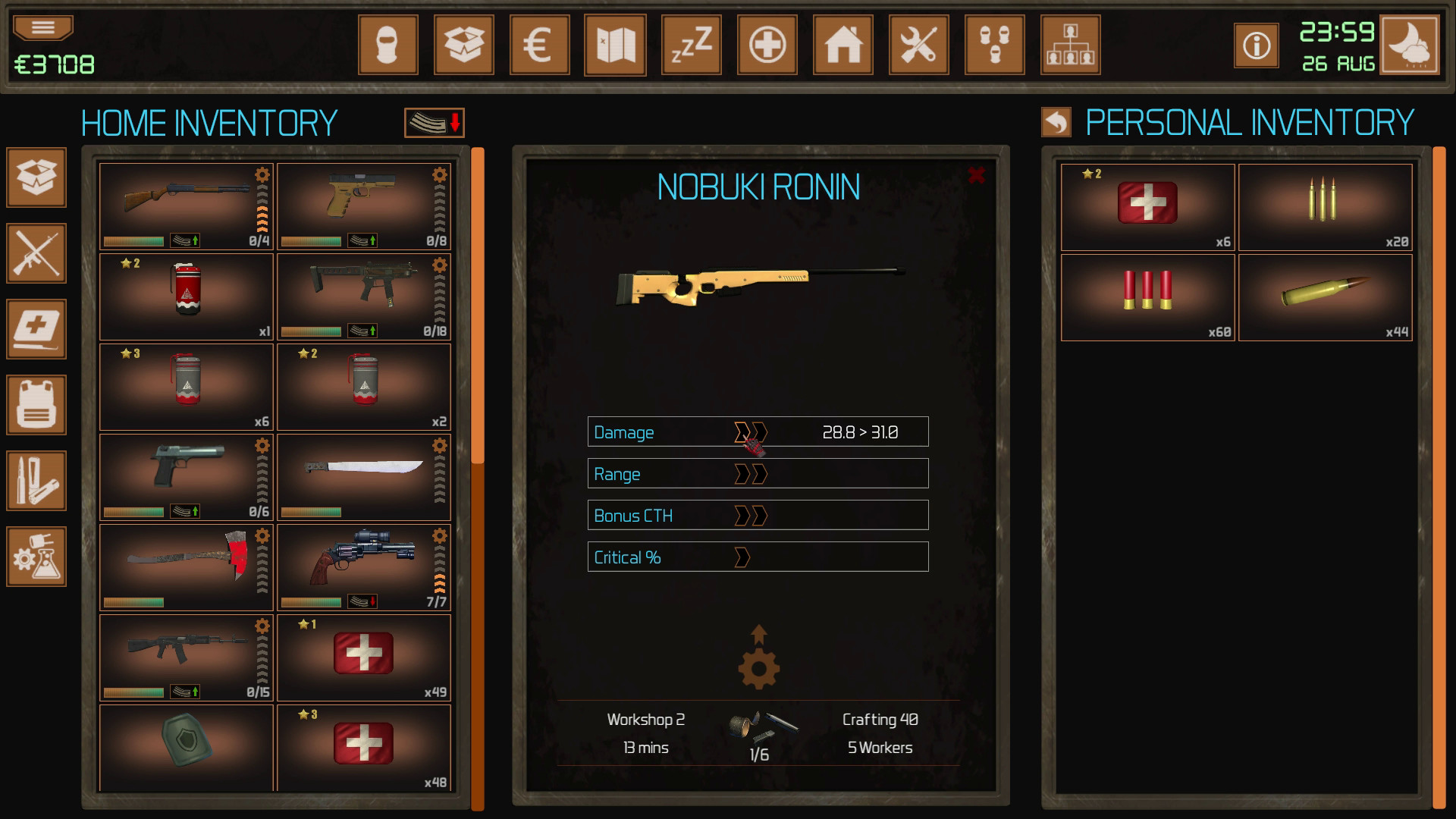